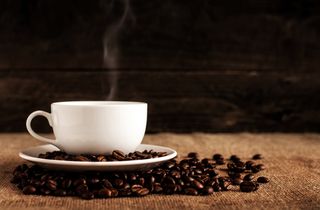 Do you experience a crash or withdrawal from caffeine?

That’s a side-effect from a drug. Framing it like something else because of arbitrary (non-scientific) myths that office culture has cultivated can prevent you from reaping the benefits of this stimulating nootropic. (A nootropic is a substance that, if used properly, safely enhances the cognitive functions of the user.

Caffeine addiction is a real phenomenon. If you don’t have a plan for your use of caffeine, there is a risk you’ll become dependent on it. Drug dependency is a serious problem which indicates you cannot control your use of a drug: It commands you.

Eighty-five percent of the U.S. population consumes at least one caffeinated beverage per day. [5] So:

At least 14.45% of the U.S. population is moderately or severely drug dependent on caffeine.

If you use caffeine the right way, it can be a great nootropic, but if you don’t: it’s among the worst nootropics that exist.

The right way to use caffeine is infrequent dosing, without ever building tolerance. Listen to your body and mind. When you notice that the effects of caffeine have less potency, stop using it until your tolerance is reset. How long will it take to reset your tolerance to caffeine? There’s a great deal of individual variance, but usually around two weeks.

I use caffeine in the dose range of 200–600mg once per 14 days. From this, I experience a boost in energy, working memory, mood, and motivation which ensures a great day. The only side effect I get is some nervousness and a feeling of stress. I consume all the caffeine before noon and when the evening comes around use Schisandra to remove nervousness and stress. By using caffeine conservatively, I get a therapeutic and productivity-boosting benefit and don’t experience any significant side-effects. I haven’t experienced a single Caffeine-crash using this protocol.

Caffeine has been helpful for you to solve this in the past, you believe. Right? Well, maybe not. It has probably masked your problems and helped only temporarily, with subsequent tolerance leading to even bigger problems with energy, motivation, stress, and anxiety. If you use caffeine every day, it probably worked as a band-aid for a period of time, but didn’t actually help you raise your baseline motivation and energy. Caffeine just doesn’t do that.

If you have a problem with energy and motivation, I suggest you get your sleep, exercise, nutrition, and mindfulness right before experimenting with nootropics.

Nootropics can help raise your baseline motivation, or give you an energy boost during a day when you need that little extra. But for nootropics to amplify your life, you need to use them the right way. There are other nootropics that can boost energy and motivation that you do not build tolerance to.

Let’s start looking at the evidence of how our actions influence cognitive performance and happiness. In the case of caffeine, that entails infrequent dosing (with no tolerance, i.e. after around 14 days), which will ensure a day of strong cognitive proficiency, physical performance, and well-being.

It should be made clear that this advice is based on the author’s understanding of the science of caffeine, as well as his personal experiences with the nootropic. This post is not a substitute for professional medical advice, diagnosis, or treatment.

Best weight loss: Eating more of this food can help you slim – what is it? – Express

4 recipes that could help you live longer – TODAY