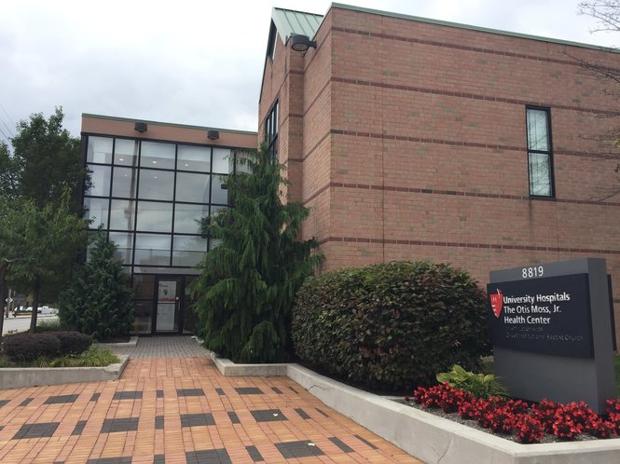 On the city’s East side, bordering Hough and Woodland Hills, the Fairfax neighborhood is one of the areas the Cuyahoga County Board of Health’s Creating Healthy Communities program and the Cuyahoga County Planning Commission have identified as a food desert, an impoverished area with limited access to a grocery store. Sixty-six percent of residents are living below the poverty line, according to U.S. Census numbers, and some live up to 2 miles from a grocery store.

As many as 450,000 people in the county live in food deserts; group wants to increase access to supermarkets

To meet that nutritional need, University Hospitals’ Otis Moss Jr. Health Center early next year will launch a food pharmacy. A new concept to the Cleveland area, the food pharmacy will provide patients with healthy food to try to combat systemic health problems.

For example, a nutritionist will give those with diabetes or hypertension prescriptions for a week’s worth of healthy food. The patient will then take the prescription to the food pharmacy upstairs and be given free food.

“Obviously, there’s a relationship between diet-related issues and access to healthy foods,” said Amanda Osborne, a community development educator for OSU Extension-Cuyahoga County, who has worked with local partners on food access in the county. “We have increasing rates of diabetes and hypertension and obesity. All of that is related to access to food, particularly access to healthy food.”

Dr. Margaret Larkins-Pettigrew, chair for clinical excellence and diversity at UH, said food distributions at nearby Olivet Institutional Baptist Church, one of the center’s partners, have shown the need for healthy food in the Fairfax community.

“The food pharmacy, it’s a novel idea. People have bounced around ways to get rid of these food deserts,” Larkins-Pettigrew said. “The need definitely is there.”

The health center already serves as more than a medical office; it has a chapel, in tribute to the spiritual strength of the community and to its namesake, the Rev. Otis Moss Jr., the former pastor of Olivet. And it offers legal and social services to the community.

It is because of these deeper ties to the community that Dr. Vera Paul-Jarrett, a nurse manager at Otis Moss, thinks the food pharmacy will work.

“The church is an icon in itself to the city,” Larkins-Pettigrew said. “To have them as the partner, to say, ‘we need to lead this effort, we need to be part of this partnership, to be involved in this effort,’ is significant.”

The addition of the food pharmacy on the second floor is part of a larger expansion effort planned for the health center in partnership with Olivet and the Olivet Community Development Corp.

Construction is set to begin in January to add a walk-in clinic, specialty services like mental health and addiction care and to create a center for men’s health. UH officials say they expect the walk-in clinic to serve roughly 2,500 people in its first year and about 4,500 annually by its fifth year.

“We want to take care of the uninsured and the poorly insured, as well as the insured,” Larkins-Pettigrew said.

The goal is to transform the health center, which has served the Fairfax community for 20 years, into an even greater resource for the community, the UH employees said.