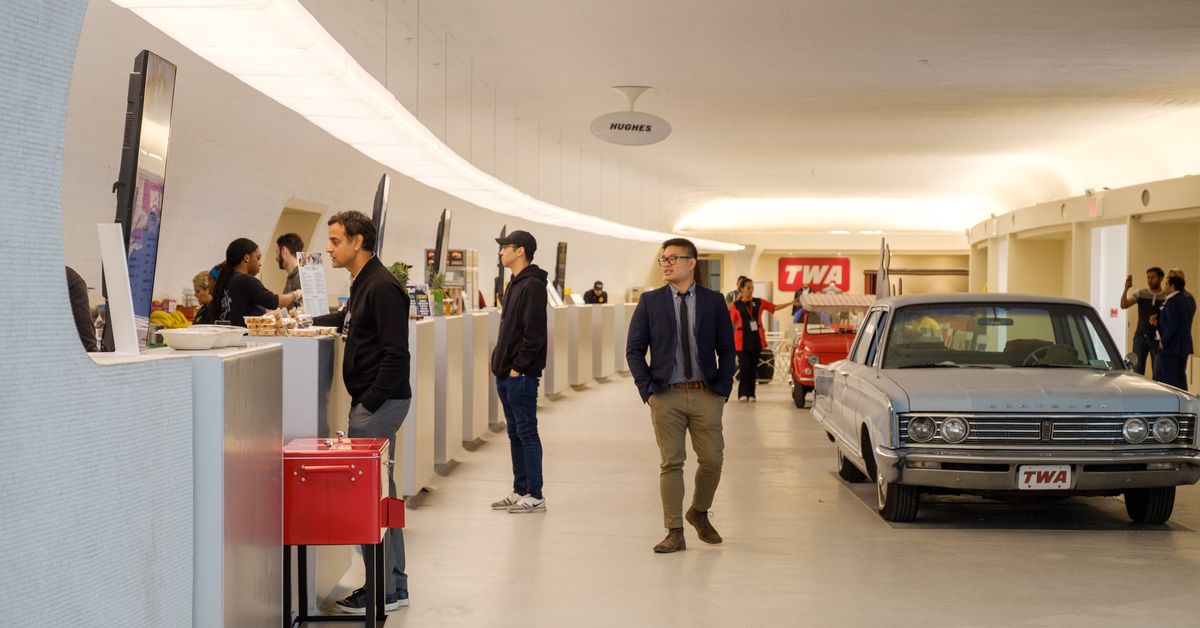 The food hall at the high-profile, newly revamped TWA Hotel at John F. Kennedy airport has reopened after the New York City health department shut it down last week.

The five-vendor quick-service market, home to a stand from the Halal Guys and located within the hotel lobby, was smacked with five violations resulting in 73 points on May 21, including critical sanitary issues like food stored at incorrect temperatures and lack of facilities to wash and sanitize utensils. (For reference, restaurants that score between 0 and 13 points earn an A, those with 14 to 27 points receive a B, and those with 28 or more a C.)

The vendors were forced closed after the inspection, though they reopened following a second look on May 24. It had been open for less than a week when it got shut down.

Everything is back up and running now, a spokesperson with the TWA Hotel says. Located on the ground level of the lobby in an area called the “Departures Hall,” the food hall has stands from the Halal Guys, Antico Noè, Empanada Republic, Fresh&Co, and Playa Bowls. According to the city’s restaurant inspection records, it’s the only dining operation inspected within the hotel so far.

The food hall is operated by Fooda, a company that does lunch pop-ups and provides meal services for professional offices like the JetBlue headquarters in Long Island City.

TWA Hotel opened to much fanfare on May 15 with a crazy roster of dining options, including a retro hotel bar dubbed the Sunken Lounge, an airplane cocktail lounge called the Connie, a rooftop pool bar, and a restaurant from Jean-Georges Vongerichten. It’s all housed within the historic Trans World Airlines terminal, which also includes a 512-room hotel and museum exhibits.