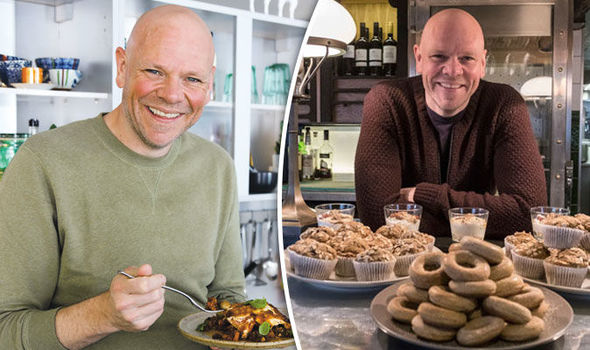 Losing weight has been a life-changer for chef Tom Kerridge.

Approaching his 40th birthday at an unhealthy 30 stone, the chef realised he needed to address his lifestyle choices.

That was four years ago and Tom, who cut down on carbs and stopped drinking alcohol, has since shed 12 stone.

“It’s brilliant because you suddenly find you can walk upstairs without being out of breath and there are more clothes that fit you in the stores,” Tom, 44, smiles.

Having become a dad to his son Acey two years ago, Kerridge, who is married to sculptor Beth Cullen Kerridge, adds: “It’s encouraged me to carry on with the weight loss because he’s running around and riding around on a scooter. You’ve got to be able to keep up.”

Now Tom wants to be an inspiration to others on his new BBC2 show, Lose Weight For Good. We’ve sat down for a chat at his pub, The Coach in Marlow, where he talks about the series’ 13 participants.

All of them want to achieve lasting weight loss and were put on a calorie-controlled diet by the Michelin-starred chef, who devised healthy recipes for them to follow.

Tom himself lost weight on a low-carbohydrate plan.

“But that alienates a lot of people because they’d find cutting out bread, pasta and rice from their diet to be too restrictive,” he admits.

“If you take something out of someone’s diet that they love, they’re going to hate it and they won’t stick to it.” 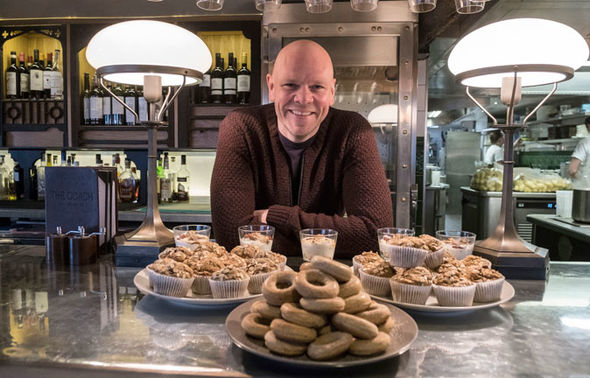 Instead he has devised a diet that, as recommended by NHS guidelines, is based on the principle that if you consume fewer calories than you need you will lose weight. Nothing is off the menu, although the big challenge was coming up with tasty recipes.

“When you look at lower-calorie recipes and foods, they’re so boring,” Kerridge feels.

“They’re flavourless, bland and unexciting, and that made me think it’s no wonder people who go on a low-calorie regime think, ‘This isn’t working for me.’”

So Tom applied his experience as a chef to come up with ways to make the food taste great, with surprising additions to his menus – doughnuts, for example, which are baked instead of fried, and kebabs that aren’t full of fat.

The dieters were all drawn from the local area and they’re a diverse bunch, ranging from a vicar who loves horse riding but is too heavy for the smaller animals to a man who works in a gym but never uses it.

The first episode focuses on comfort eaters, like mother-of-four Leigh Smith, and working to Tom’s diet has clearly changed her life. 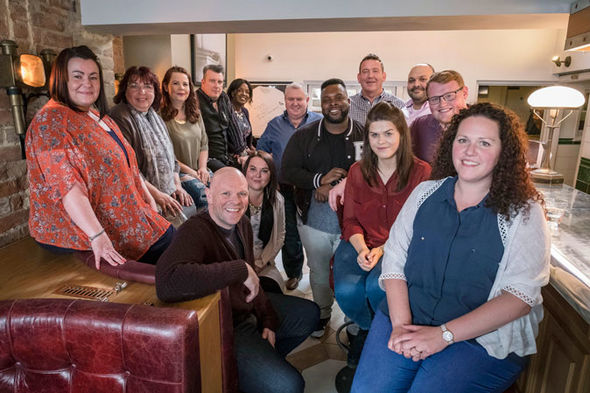 “I felt awful,” she admits.

“I was so overweight I felt disgusting and really low and that I wasn’t being the best I could be for my kids. I went for a run the other day with my six-year-old daughter, who was spurring me on. I feel fantastic.”

Also featured in the opening episode is Ozi Maden, a stay-at-home dad who fell victim to late-night snacking.

“I would wait for everybody to go to sleep, turn on the TV and get out the biscuit tin,” he says.

“Now exercising has become part of my life, and I feel so much better and more aware of what I’m eating.”

Have all the dieters stuck to the regime? Wary of giving spoilers, Tom says: “Up to this point, yes, but I can’t say too much about what happens.

“For me, success isn’t necessarily about the amount of weight that’s lost – it’s about people staying the course and finding it easy to continue. It’s about a lifestyle change, not a quick fix. It’s about whether you can sustain it and maintain it.” 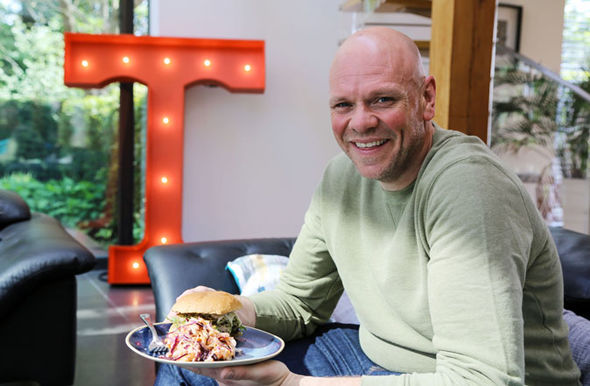 Tom has devised healthy recipes for 13 participants to follow

Kerridge gave up alcohol, but his volunteers don’t have to as long as they stay within their calorie count.

“You can have a gin and tonic or a beer. All right, you can’t go out on a massive eight-pint session on a Saturday night then have a kebab, because that will ruin everything,” he laughs.

“But if you really want to lose weight, you’re not going to do that anyway.”