To Your Good Health: Marijuana Itself Not An Ideal Anxiety Treatment Option 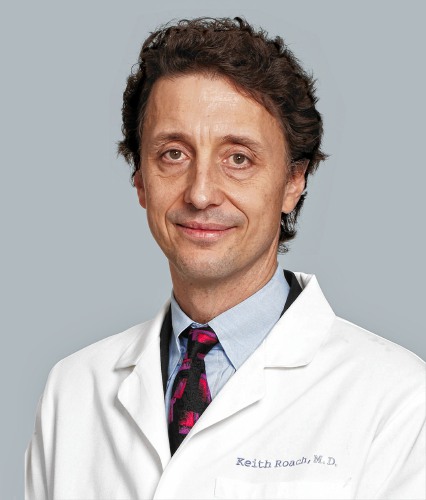 Dear Dr. Roach: I am hoping you can weigh in on the use of cannibidiol (hemp-derived) for managing anxiety. My son has diagnoses of major depression and ADD. He has done a lot of online research and is interested in using CBD to manage periods where his anxiety is elevated, as he does not like the side effects of the typical pharma meds. We were hoping you could add medical depth to CBD usage. — D.W.

Answer: There is a great deal more research now on the use of marijuana and its major derivatives, tetrahydrocannabinol and cannibidiol. However, the research is far from complete, owing to difficulty in working directly with marijuana, which is categorized as a Schedule I drug in the United States. Some states allow medical use of marijuana, but it remains prohibited federally, leading to confusion. In addition, high-quality research on any drug for psychiatric conditions is difficult to do, and marijuana is controversial, with some parties absolutely convinced that it is effective for many disorders, and others equally convinced that it is useless or harmful.

In trying to keep an open mind and avoid biases, I find from multiple studies that the individual variation in how these compounds affect the brain is striking. Where standardized doses can cause one person to feel relaxed and more sociable, another person with exactly the same dose can become panicked, paranoid and even psychotic. Also, even in people for whom marijuana works, one dose may be effective at reducing anxiety (which probably is why many people with anxiety disorders use cannabis), while higher doses increase risk of panic disorders. Since exact dosing is difficult or impossible with natural forms of the compounds (any given strain will have different proportions of THC and CBD, and the amount per gram of plant material changes from plant to plant), marijuana itself is not an ideal choice for treatment.

If it were possible to get CBD without THC, that might be beneficial. CBD acts on different receptors in the brain from those that act on THC. Pure CBD does not have the same effects as THC, including the euphoria (“high”). Animal studies and some human studies have shown that anti-anxiety properties of CBD at a low dose reduced panic. The large pharmacology companies are actively looking for compounds that have these beneficial effects without untoward side effects. In the meantime, I see advertising for products that are supposed to be pure CBD, but I do not know how they are tested for purity.

There are long-term side effects of natural marijuana. In the case of your son, there is evidence that marijuana use during adolescence increases the risk of psychotic disorders later in life. It’s not clear if this risk is conferred by THC, CBD or something else in marijuana, but it’s one more reason to be cautious.

Dear Dr. Roach: Is there a relation between the calcium we eat and calcium that blocks arteries? I have had doctors say it two different ways. Should we avoid taking calcium supplements or eating too much? After years of doctors’ advice about taking calcium, particularly for women, are doctors now reversing their opinions? — J.S.

In contrast, the data consistently show that men and women who have lots of dietary calcium have reduced risk of heart disease. That’s why I recommend dietary calcium preferentially.

Dr. Roach regrets that he is unable to answer individual letters, but will incorporate them in the column whenever possible. Readers may email questions to ToYourGoodHealth@med.cornell.edu or at 628 Virginia Dr., Orlando, FL 32803.

Savvy Shopper: It's possible to save, eat healthy food