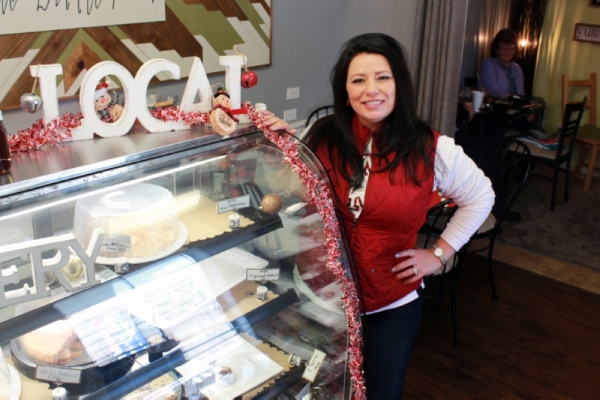 After alleviating her own ailments through good nutrition, Terri Walker opened The Little Acorn to offer healthy food options to the Montgomery area.

Walker said when she was diagnosed with Celiac disease four years ago, she started cooking gluten-free food with no genetically modified organisms or pesticides.

“I started cooking gluten free, and I was like, ‘This stuff is pretty good,’ because I’ve tasted some stuff that is just like cardboard,” she said.

Walker said she opened The Little Acorn on Jan. 18, 2019 to offer good food and a chance to eat out to those with special dietary needs. In addition to gluten-free eaters, The Little Acorn specializes in ketogenic, paleo, vegan and diabetic diets.

“I have friends that are vegan; I have Celiac’s; my husband’s a redneck—he wants meat and potatoes,” Walker said. “I was like, ‘How can we get all these people together?’”

Some of the most popular dishes at The Little Acorn are the “skinny bowls,” which feature proteins, grains and cheese, and homemade pimento cheese. Walker said she has a sweet tooth and has developed several recipes to make cakes and cookies that are gluten free. She said many customers feel like they have to give up their favorite foods to go gluten free, but she has made several alternatives to these classics.

“We can make nearly everything gluten free, any cake you ate when you were a child,” Walker said.

Unlike other restaurants that serve some gluten-free meals, Walker said there is no chance of cross-contamination in The Little Acorn because there is no flour in the restaurant.

Walker said she partnered with Steve and Jessica Briskman, who run Bigga’s Barbecue, on Aug. 18 to share kitchen and serving space. She said she worked with them to make their food gluten free as well.

“It changed nothing with the flavor of their food. It’s still exactly the same,” Walker said. “I feel like we have a good partnership starting the new year out.”

Creating those good partnerships was the hardest part of The Little Acorn’s opening year, Walker said. She said she has devoted so much energy to the restaurant in addition to her salon and her husband’s construction business.

As the restaurant enters its second year in business, Walker said she hopes to expand to offer dinners, giving customers fancier options. She said she is also going to build an outdoor seating area for live music performances.

“I hope to help a lot of people get to eat who don’t normally get to go out to eat,” Walker said.