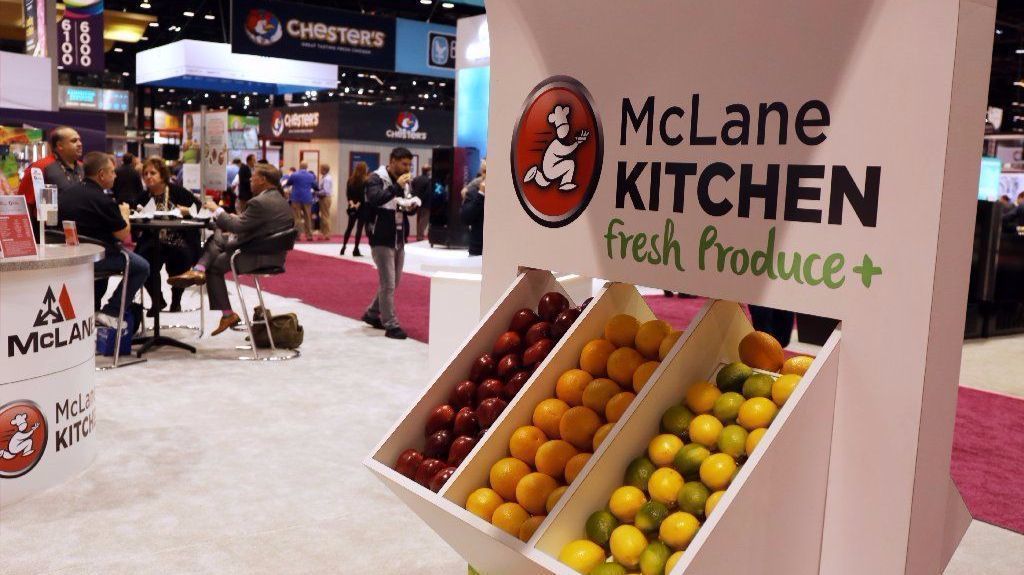 This shift in the $550 billion industry was on display at last week’s National Association of Convenience Stores trade show in Chicago, a massive and labyrinthine convention of grab-and-go commerce. What began as a few bananas by the cash register is now a full-blown movement aimed at selling healthier fare to consumers and millennials, in particular.

There are practical reasons for this change: Sales of pop, cigarettes and fuel — longtime pillars of the convenience store business — are in decline. And the rise of e-commerce threatens all bricks-and-mortar retail.

“It is a constant evolution. If you think today’s model is going to work, you’re done,” said Jeff Lenard, vice president of strategic industry initiatives for the National Association of Convenience Stores.

The addition of healthier offerings means more choices for consumers. The salad custom-made by a robot — yes, that’s a thing that exists — won’t replace the roller dogs but might serve as an alternative. More high-protein packaged products like upscale jerky and plant-based protein bars might also be accompanied with more made-to-order food that’s marketed as fresh.

“C-stores are looking for alternatives to tobacco and soda and gas,” said Paul Miller, Terrafina’s vice president of sales.

“And even alternatives to your regular peanuts,” interjected James Locke, CEO of the company.

“And even your processed food products from the 1990s,” Miller said. “C-stores are definitely more of a growth opportunity than grocery stores.”

At the trade show at McCormick Place last week, protein seemed to be everywhere, marketed in all forms possible. Samples of Soylent, Silicon Valley’s darling meal-replacement drink, were doled out just a few booths down from Powerful Yogurt’s protein drinks.

And the market for more upscale jerky products with modern attributes — cage-free, grass-fed and so on — in convenience stores is booming, said Brian Levin, founder of the Colorado-based Perky Jerky.

Levin showed off packages of his top-selling Turkey Perky Jerky and ruminated on the business.

“I call it a jerky jihad. It’s about as competitive as it gets. … And Big Food is running scared,” Levin said.

Big Food is getting in the game, too, though. Chicago-based Conagra Brands — parent company of Slim Jim — recently acquired the maker of Duke’s meat snacks and Bigs Seeds. Kraft Heinz has invested in its P3 Portable Protein Packs of meat, cheese and nuts.

And at the trade show, Chicago-based Hillshire Brands introduced its Small Plates with contents such as apple chardonnay flavored pork and gouda cheese.

Some convenience stores are taking the foodie movement beyond packaged foods. The Pride Stores, with 12 locations in the Chicago area, has in recent years hired a corporate chef and incorporated different restaurant concepts, like Urban Counter and Taco Urbano, into some of its stores, where shoppers can sit down and eat or carry out their orders, said Mario Spina, owner of the chain.

Pride also expanded its selection of craft beer and wine, Spina said. Times have changed, he said, from when his father, Peter, ran the business.

“Last year, we went three months where we lost money on fuel. You can’t rely on that. We have to have other avenues where we can make decent revenue and decent profit margins,” Spina said.

Last year, the convenience store industry saw fuel sales tank 9.2 percent — from $349 billion in 2015 to $316.8 billion in 2016, according to data from the National Association of Convenience Stores. Meanwhile, inside-store sales increased 3.2 percent, from $225.8 billion to $233 billion, with strong growth in healthier food and beverages, according to the trade group.

“Our industry is not without challenges. … How do you keep people going to your stores if they’re not buying gas from you?” said Lenard, the industry spokesman.

The simple answer is to give people exactly what they want, when they want it. And while the healthier fare will get more shelf space, the more indulgent items will continue to have their place for American consumers on the go.

“If you had roller dogs and they were successful, you keep on doing it. It’s a great food to eat on the run. You can’t eat a quinoa salad necessarily on the run,” Lenard said. “Or you shouldn’t be doing it while driving.”