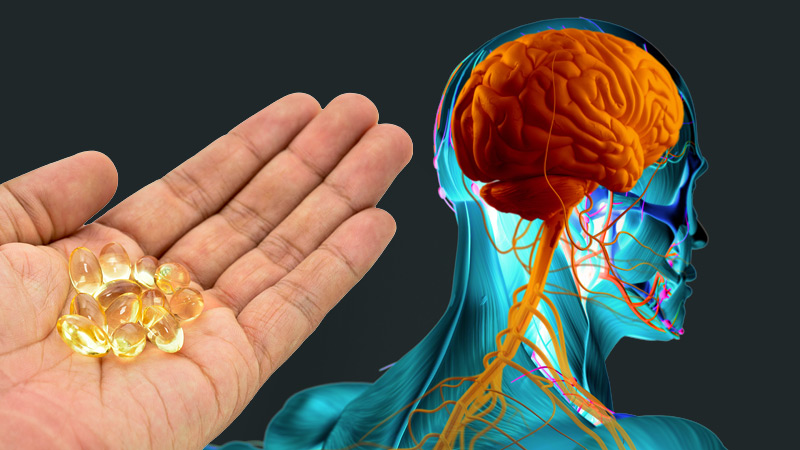 Americans older than 50 years should strongly reconsider the use of supplements as a way of improving or protecting brain health, a new report suggests.

Authors of the evidence-based review examined current efficacy data of brain-health supplements and concluded that they could not endorse any ingredient, product, or supplement formulation designed for brain health, but they did endorse a healthy diet as an alternative.

“This report is an important effort to address the issue of people confusing some of the real evidence on how they might achieve brain health through lifestyle interventions vs the perceived value of these supplements,” he added.

Entitled The Real Deal on Brain Health Supplements: GCBH Recommendations on Vitamins, Minerals, and Other Dietary Supplements, the report was released by the American Association of Retired Persons (AARP) Global Council on Brain Health (GCBH), which is an independent collaboration of scientists, physicians, scholars, and policy experts from around the world. It was published online June 11.

In 2018, Americans purchased some 85,000 different types of dietary-supplement products, which accounted for more than $40 billion in retail sales in the United States.

The phenomenon seems more prevalent among older people. A recent survey showed that 81% of Americans aged 50 and older believe dietary supplements are at least somewhat important for overall health; 69% currently take such a supplement at least three times weekly.

Brain-health supplements represent a small but growing portion of the overall dietary-supplement market.

The US Government Accountability Office recently examined available data regarding sales of such products and found they nearly doubled between 2006 and 2015, reaching a reported $643 million by 2015. Globally, sales of brain-health supplements topped $3 billion in 2016, a figure projected to reach $5.8 billion by 2023.

Despite the increasing popularity of these supplements, there is little evidence to support the benefits of their use, a fact that led experts to examine the state of current scientific evidence.

“The past 5 or 10 years have seen increasing interest in this idea of brain health. It started with research on Alzheimer’s disease, but as our work in that field evolved, it also increased our knowledge about how we could achieve general brain health,” said Fillit.

“That’s why we started www.cognitivevitality.org. But while the website really gets into specific evidence regarding individual supplements, this report takes a much broader view. It’s an effort to disseminate information about what brain health is and what can be done to achieve it,” he said.

As part of the analysis, the council examined a host of evidence published in peer-reviewed journals related to vitamin and mineral supplements. They focused primarily on the eight B vitamins, as well as vitamins D and E. They also examined other well-known supplement ingredients commonly marketed for brain health, including the following:

Although nations around the world generally prohibit manufacturers from selling products that have unsafe ingredients, the council could not identify a single country that either regulates or evaluates dietary supplements for effectiveness before they are allowed to be sold.

After performing its review, the GCBH concluded that it could not endorse any ingredient, product, or supplement formulation designed for brain health.

Specifically, they noted that scientific evidence does not support the use of any supplement to prevent, slow, reverse, or stop cognitive decline or dementia, or other related neurologic diseases, such as Alzheimer disease (AD).

Even the handful of dietary supplements that have been well researched provide no brain-health benefit for people with normal nutrient levels. As such, the council concluded that other than a few specific nutrients that are used to correct an identified deficiency, there is insufficient evidence to support the use of supplements to benefit the brain.

The one key exception to these findings is with regard to individuals who have documented nutritional deficiencies, particularly deficiencies of vitamins B12 or B9. Such deficiencies have been associated with cognitive problems. For these individual, supplements may prove helpful for brain health.

Similarly, small studies have shown that DHA supplements may benefit those who already have mild cognitive impairment, which is often a precursor of AD.

The noticeable lack of evidence regarding efficacy of brain-health supplements has not prevented their manufacturers from vigorously marketing their products. Such efforts led the council to express significant concerns about the truth of claims made by supplement manufacturers regarding safety and purity. Not surprisingly, they urge consumers to turn a skeptical eye toward claims made on supplement packaging and in subsequent advertisements.

Equally concerning is the fact that many supplements are contraindicated for patients with specific health conditions, which led the GCBH to urge caution regarding patients with a variety of conditions.

These include individuals who are taking blood thinners and medications that affect the immune system; those who are about to undergo surgery; cancer patients; and individuals with mild cognitive impairment.

Although supplements may fall short, the report suggests alternative ways to promote brain health. The authors conclude that for most people, the best way to get such nutrients is by adopting healthy lifestyle habits, including eating a healthy diet.

The authors emphasize that vitamins and nutrients that may prove helpful in preserving brain health should be consumed as food, not pills. They note that at least a few studies have shown that eating seafood may lower the risk of declining memory, thinking skills, and AD, a benefit that has not been observed from taking omega-3 supplements.

“Supplements have not been demonstrated to delay the onset of dementia, nor can they prevent, treat or reverse Alzheimer’s disease or other neurological diseases that cause dementia,” they write.

“Because dietary supplements can be sold without a government agency first determining that they are safe or and effective before they are sold, consumers should also be aware that in addition to being a waste of money, some supplements could physically harm them,” they add.

Fillit said brain health could be improved through a healthy lifestyle and effective management of comorbidities.

“There’s really good evidence that’s what’s good for your heart is good for your brain. So the thing that medical providers should understand is that diabetes, hypertension, and hyperlipidemia are all risk factors for cognitive decline and Alzheimer’s disease,” he said.

“In the old days, the motivation for doctors to treat these things was to prevent a heart attack or stroke,” he added. “Now we need to go further and say that if we want to achieve brain health, then we really need to be treating those comorbidities effectively,” Fillet added.

Not So Black and White

Commenting on the report for Medscape Medical News, Richard S. Isaacson, MD, a neurologist and director of the Alzheimer’s Clinic, Weill Cornell Medicine, New York City, noted that as well intentioned as the GCBH report may be, the delivery of its message was less than ideal.

“First of all, I believe that most — but not all — supplements marketed for brain health are garbage. But taking the draconian approach that the council took with this report is bad medicine,” he said.

“In select cases, I will recommend omega-3 fatty acids, B complex vitamins, and vitamin D, as well as cocoa flavanols in people with insulin resistance and impaired memory performance. Moreover, this is all based on, in my opinion, the totality of evidence of multiple randomized controlled trials.

Also commenting on the report, Gary W. Small, MD, of the Brain Research Institute at the University of California, Los Angeles, agreed that circumstances might call for the use of supplements.

“The bottom line in this report is that brain-health supplements don’t work,” Small told Medscape Medical News. “But if you delve into the report, you see that it’s not that black and white.

“We’ve seen some promising early results from some well-controlled double-blind studies, but that kind of level of insight didn’t quite get through on the report. It was like an on-off switch rather than a dimmer switch.”

The full report from the Global Council on Brain Health is available here.

The AARP funded the consensus meeting and formulation of the consensus and recommendation report, as well as travel costs associated with attending in-person meetings. Fillit, Isaacson, and Small have disclosed no relevant financial relationships.

Tips for finding new health care: What Hahnemann patients and others should know – The Philadelphia Inquirer