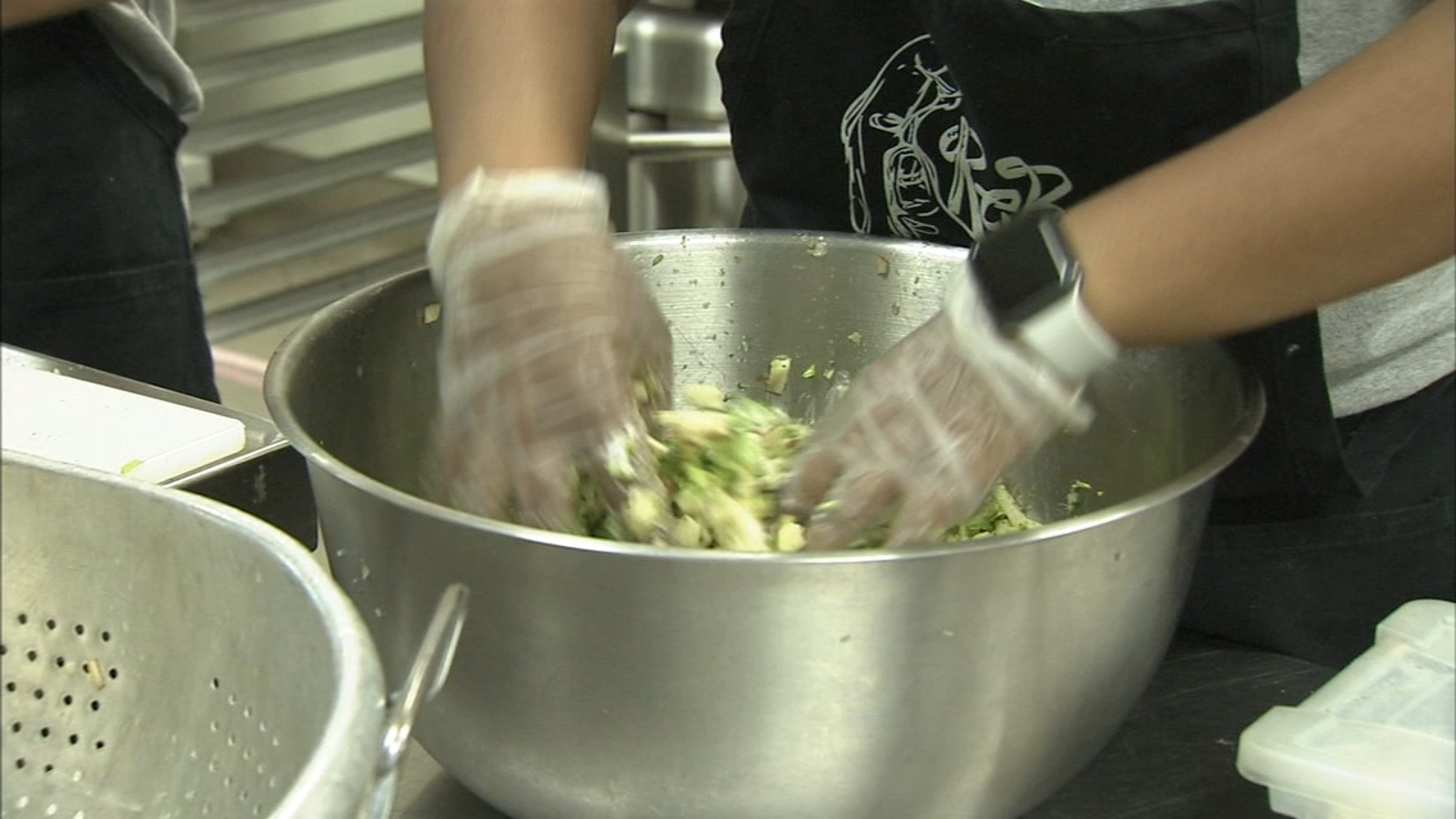 PHILADELPHIA — A group of local high students are budding entrepreneurs on a mission to change their community one healthy meal at a time. Their next goal is to open a student-run convenience store.

Three days a week, after school, these students invest their time in what has becoming a flourishing business, one that was born while most of its founders were in middle school.

“This helped me develop important life skills because this prepared me for my future,” said Tre’cia Gibson, Co-Executive Director of Rebel Ventures.

“I learned so much about cooking healthy food and how to incorporate healthiness into good food which is healthy deliciousness,” said William Chaney, A high school student.

Created in 2017, Crumbles is the first student produced food to be available in all district schools. More than a million have already been distributed.

The caliber of students and they’re commitment to this project has been amazing to watch,” said Amy Virus, manager of operations for the School District of Philadelphia. “I’ve worked with these students for a number of years now and it never ceases to amaze me the amount of energy that they have for this project.”

The next goal is to open up Rebel Market. A corner store located in West Philadelphia stocked with healthy food options at affordable prices.

It’s set to open some time next year with the longtime support of Penn’s Netter Center.

“We are thinking about taking foods that we know kids like, making them healthier, having kids make them having kids running the operation and that having that be a real place that kids can go to and shop at,” said Jarrett Stein, Rebel Ventures Co-founder and Co-executive Director.

“They’re initiative is incredible-I think a demonstration to other folks in other parts of the city that if it can be done here. It can be done in lots of other places,” said Jeff Hornstein , Executive Director of the Economy League of Philadelphia

Gibson hopes what she and her peers are doing will inspire other young aspiring entrepeneurs in their communities to take a leap of faith.

“Even if things are hard keep pushing forward because you have to start somewhere to start a business,” said Gibson.

The students are still raising funds to open up theirs convenience store.