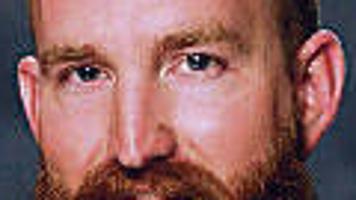 A state senator wants New Mexico to resume taxing a wide variety of foods while leaving exempt a selection of healthier groceries, arguing the move could encourage better nutrition in a state where diabetes and obesity are prevalent.

New Mexico ended the gross receipts tax on groceries in 2004, but Senate Bill 129, sponsored by Sen. Cliff Pirtle, would levy taxes on groceries except for meat, tortillas and anything covered by the federal Women Infants Children nutrition program, commonly known as WIC.

And Pirtle’s bill also calls for restricting food stamp purchases to meat and products covered by the WIC program.

Pirtle, a Republican dairy farmer from Roswell, argues this could support better nutrition.

But health aside, the proposal comes amid ongoing debate about tax reform and whether New Mexico would be better off taxing food again in order to make it feasible for the state to lower the overall gross receipts tax rate shoppers pay for most purchases. It is also likely to meet staunch opposition from advocacy groups that argue reinstating the food tax would hit the poor hardest. And Democrats are likely to oppose limiting how the roughly 460,000 New Mexicans enrolled in the Supplemental Nutrition Assistance Program can use their benefits.

Pirtle sponsored legislation last year that would have limited food stamp purchases to groceries covered by WIC. Some legislators argued it was unfair to single out food stamp recipients in an effort meant to improve public health.

The senator said Friday his latest bill is intended as a compromise that would create an incentive for all shoppers — regardless of whether they buy food with SNAP benefits — to purchase healthier products.

“Diabetes and child obesity is an issue that needs a lot of attention from us as a Legislature,” he said.

But Fred Nathan, executive director of the group Think New Mexico, argues WIC excludes many healthy foods because the program was designed for the very specific purpose of addressing malnutrition among pregnant women, breast-feeding women, infants and children under 5.

Nathan points out that nuts are nutritious but are not covered by WIC because nuts are also a choking hazard for young children served by the program.

“It would make no sense to tax such a healthy food for older children and adults,” Nathan wrote in a letter to Pirtle.

Nathan offered a peanut butter and jelly sandwich as another example.

Legislative aides have raised concerns, too, that the WIC program does not account for special dietary needs.

Still, this is just the latest proposal to reinstate a tax on at least some food.

In 2010, for example, a Democratic state senator proposed only exempting staple foods from tax. But because that apparently did not include tortillas, critics were quick to label it the tortilla tax.

While ending the tax on food may have been popular, Pirtle argued it has still left local governments without a key source of revenue. The state has provided some money for local communities to make up for that loss but many towns and counties have also imposed new taxes.

With some lawmakers pushing to eliminate tax deductions and exemptions in order to lower the tax rate overall, there may be some appetite for bringing back the food tax, at least in part. But any such proposal by itself would still face staunch opposition from many Democrats.