Queen Letizia of Spain diet plan: Spanish royal eats THIS every day to stay in shape 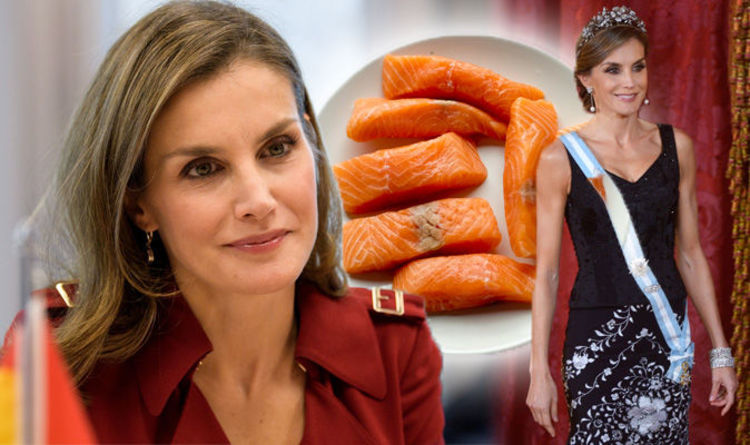 Queen Letizia of Spain, wife to King Felipe VI, is renowned for her slender physique, impeccable style and flawless looks.

As a former TV reporter Letizia has been admired for years – but how does the 45-year-old manage to keep her figure so trim?

It’s all down to a particular diet she follows that many will have never heard of.

On a day-to-day basis the Spanish royal eats foods which are part of the Perricone diet.

The diet she swears by is an anti-inflammatory regimen that includes all food groups and healthy staples such as fresh salmon, forest fruits, green vegetables and extra-virgin olive oil, according to Pop Sugar.

According to nutritionists, it’s one of the healthiest for prioritising health eating over weight loss.

Dr Ruben Bravo of the European Medical Institute for Obesity told Think Spain: “There may be a thousand and one was of losing weight, but the end does not always justify the means, because you need to think about what’s good for your health long-term and not fall into a vicious circle of rebound weight gain, metabolism disorders and other risks that counteract the effectiveness of different slimming plans.”

He and other specialists at the institute have found just five diets which work well, with he Perricone regime at the top of the list.

The healthiest slimming plans are those which aim for a moderate weight loss of no more than 1lb to 2lb a week, which is easy to stick to long-term and does not lead to rebound weight gain, Dr Bravo explained.

US President Donald Trump’s wife Melania also has a figure and looks which are the envy of many.

So what’s her secret – what food does she eat on a day-to-day basis?

From always eating the same breakfast to never following food fads, the First Lady has a disciplined diet plan but doesn’t deprive herself of sweet indulgences.

To kickstart her day, Melania always opts for a healthy breakfast.

She revealed to GQ a few years ago she usually starts off her day with either a bowl of fibre-rich oatmeal or a nutrient-packed smoothie “with a few ingredients and lots of vitamins in it”.

The Slovenian-born former model then keeps her figure looking trim and skin glowing by eating antioxidant-rich fruit throughout the day.

She reportedly has a goal to eat a least seven pieces of fruit a day.

There Are Healthy Ways to Help You Work Harder for Longer