Are ‘healthy’ food swaps REALLY better for you? Personal trainer reveals the truth about multigrain bread and sweet potato – but not everyone agrees with him 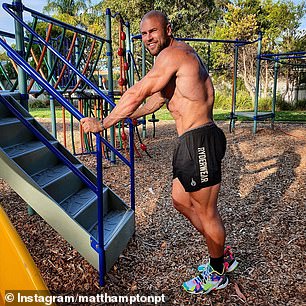 Swapping ‘unhealthy’ food for ‘healthy’ alternatives could be causing you to gain weight rather than lose it, a personal trainer with hundreds of thousands of social media followers has warned.

Matt Hampton from Adelaide, South Australia, creates balanced nutrition plans for his clients to help them get in shape without cutting out their favourite food.

He compared common supermarket products on TikTok to show that food marketed as the ‘healthy’ choice contains roughly the same – or even more – calories as its ‘unhealthy’ counterparts.

The video drew both praise and criticism from viewers, who slammed the fitness coach for focusing exclusively on calories and disregarding overall nutritional value, which they argue promotes an unhealthy attitude towards food.

‘Do these food swaps actually do anything [for weight loss]? Almost always, the answer is no,’ Mr Hampton captioned the video.

He first compared loaves of bread, revealing that two slices of white contain 142 calories while two pieces of multigrain contain 152.

White bread is widely portrayed as one of the leading causes of weight gain, while brown or multigrain – which is actually more calorific – is touted as a diet-friendly alternative.

Next, he showed that a bowl of Coco Pops (116) is only seven calories more than a bowl of cereal from the health food aisle (109). 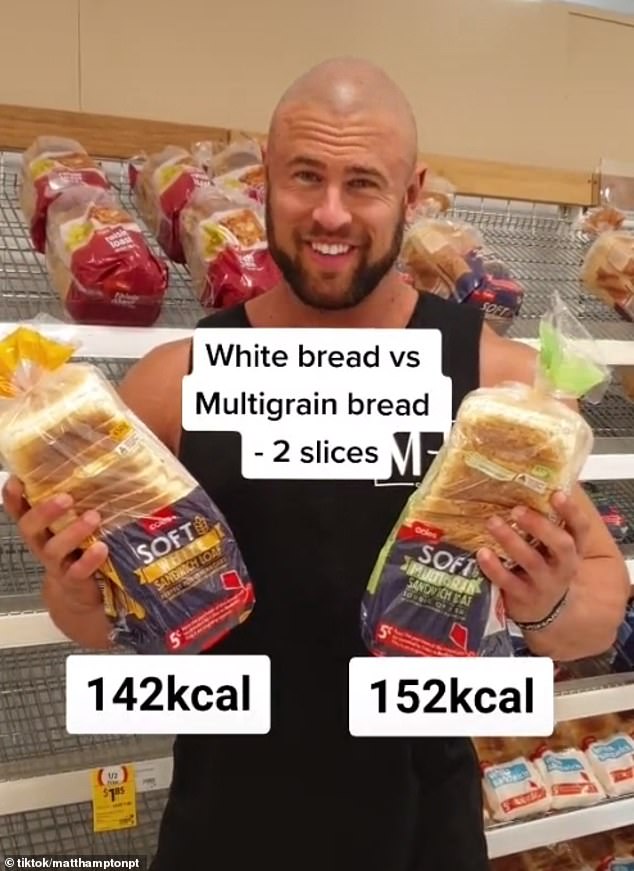 Mr Hampton compared these loaves of bread to show that two slices of white actually contain 10 calories less than two slices of multigrain, which is widely believed to be the healthier, less fattening choice 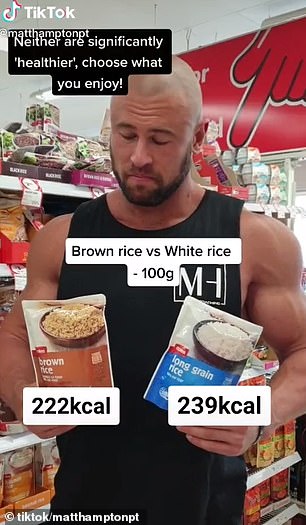 He finished the clip by comparing potatoes, showing that a sweet potato actually contains more calories than a generic white potato, contrary to popular belief.

A large sweet potato is about 70 calories while a similar size white potato is just 57 calories.

Mr Hampton said none of the products in his video are ‘significantly healthier’ than the other, and encouraged people to ‘choose what they enjoy’ instead.

But while the calories may be similar, it’s important to remember that many ‘healthy’ alternatives are marketed as such because they have a higher nutritional value than their white, processed counterparts. 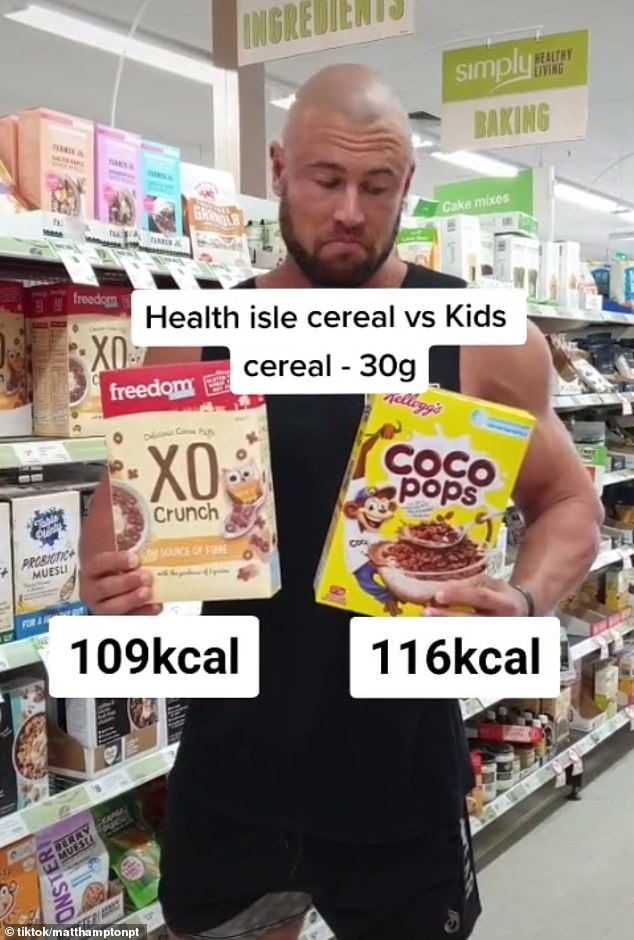 Viewers used this to challenge Mr Hampton in the comments section, with one man noting: ‘Actually there is a massive difference – there’s a LOT more to food than just calories. White carbs are stripped of all the natural nutrients.’

Another agreed, saying: ‘It’s all about the fibre, bro! Fibre effects the slow breakdown of food which lows blood sugar levels and insulin sensitivity.’

Mr Hampton replied that while the products he compared do have different nutritional contents, that’s ‘largely irrelevant’ in the greater scheme of healthy dieting where everything can be enjoyed in moderation.

‘Diet adherence and overall nutrient intake is the most important,’ he said. 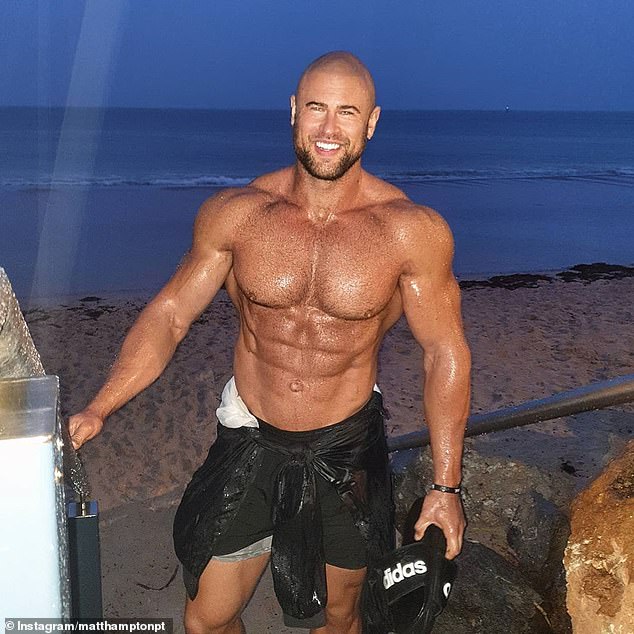 Mr Hampton (pictured on May 4) argues everything can be enjoyed in moderation as part of a balanced diet, even foods that are marketed as ‘poor’ dietary choices

But most people weren’t convinced.

Others slammed him for counting calories rather than focusing on nutritional value, branding a calorie-based approach to health old fashioned and out of date.

‘Calories do not equal health,’ one man said.

‘The difference is in the protein and other stuff, I don’t know look it up,’ said another.

However, some defended Mr Hampton, saying people need only look at his chiseled arms and washboard abs to see that he is an expert in fitness and nutrition.

‘People telling him he’s wrong but…look at him and then look at you – man clearly knows what he’s talking about,’ one fan said.