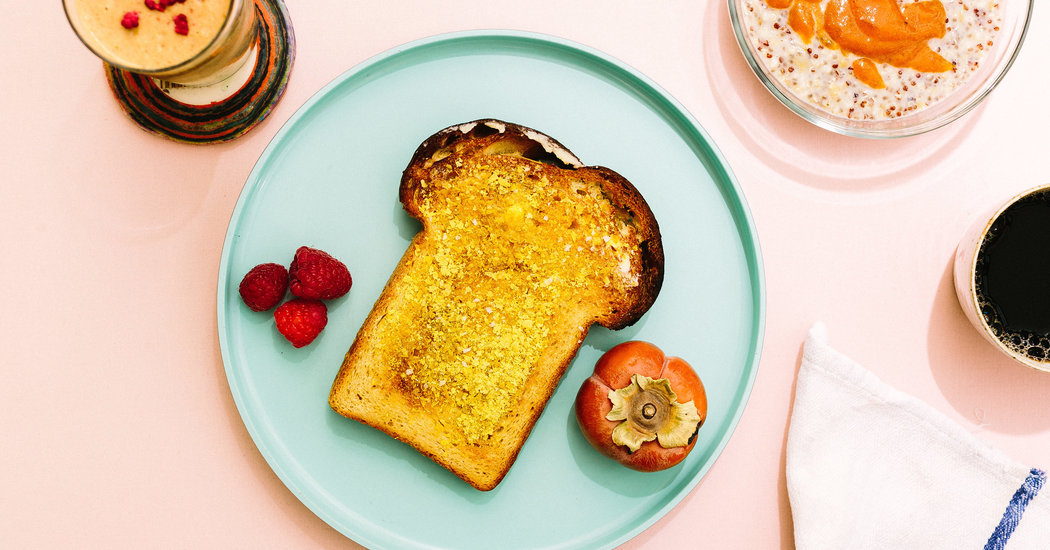 To usher in the new year, we asked creative people to share the homemade recipes they count on to detox, cleanse — and refresh.

“As a young line cook, I’d eat when I could and I liked to feel full,” says Angela Dimayuga, known for her prowess behind a wok and as the former executive chef of Mission Chinese Food in New York. “Now, I think a lot more about what I put into my body and notice how I feel afterward.” In her Brooklyn apartment, she cooks mostly with vegetables and tries to include healthy grains and proteins in her meals; she also enjoys the process of fermenting and thus keeps a steady diet of probiotics through kefir, sauerkraut, kimchi, kombucha and natto (fermented soybeans — a Japanese superfood). Also perennially on her menu during the winter months: fuyu persimmons, plucked straight from a tree in her childhood backyard in San Jose, Calif., and sent to Dimayuga by her mom each November.

Dimayuga says that she didn’t like persimmons as a child, instead (and rather poetically) developing a taste for the fruitas an adult, only when she strayed far from the tree. Also, she adds, “A lot of people don’t know what to do with them.” She eats some as soon as she receives her mom’s package and the persimmons are “in the apple-crunchy stage,” and then stores the rest in her refrigerator, where they slowly ripen throughout the winter.

The fruit ultimately becomes breakfast fare, either as a smoothie or atop porridge. The former calls for persimmons that are soft to the touch and “feel like a basic unripe grocery-store tomato,” which Dimayuga quarters and blends into a persimmon-sesame milk smoothie. She drinks it with a side of toast smeared with butter, sea salt and nutritional yeast, a recipe from her girlfriend that, Dimayuga emphasizes, only works with good, hearty bread. She also stirs up what she has dubbed People’s Coffee — a mixture of half drip coffee and half homemade Chai plus a splash of milk, inspired by a recent sojourn in Northern California and trips to Bolinas People’s Store.

Then, when the persimmons soften and become jammy, Dimayuga plops them on top of quinoa-oat porridge. Both this dish and the smoothie “are sturdy enough to let a person add the adaptogens that they might be into,”she says, herself a fan of the fortifying herbs that strengthen the body against stress and fatigue — she often includes maca, reishi and cordyceps. “As we learn more about these ingredients, we can think more and more about the flavors they provide, just like any spice in your spice cabinet,” she says.

Dimayuga has been directing a lot of thought toward her daily routine, since she is, for the first time, operating outside of a regular restaurant setting; she resigned from Mission Chinese last October, and is working on a series of different pop-ups, as well as a soon-to-be-announced project in Geneva, Switzerland. Along with eating a satisfying breakfast, she goes to spin and yoga classes, takes baths and applies face treatments and swears by the Backnobber massage tool to alleviate neck and back tension. “For me,” she says, “wellness is listening your body the best way you know how.”

1. Add all these items to a blender and pulse-blend until smooth. If you want it colder or looser, just add more ice cubes and cold water.

2. Serve; Dimayuga suggests using stainless steel straws, “because I think it gives the sensation of a colder smoothie plus its bio-friendly.” Makes two smoothies.

∙ a pinch of salt

∙ 1 very ripe persimmon (in the jam stage), with the top removed

1. In a small sauce pan combine all ingredients.

2. Bring to boil, then low simmer and stir occasionally for about 15 minutes until tender. Add more liquid if necessary.

4. Carefully pick up the very ripe persimmons and scoop out the jammy flesh and top your hot porridge. Makes 3-4 servings.