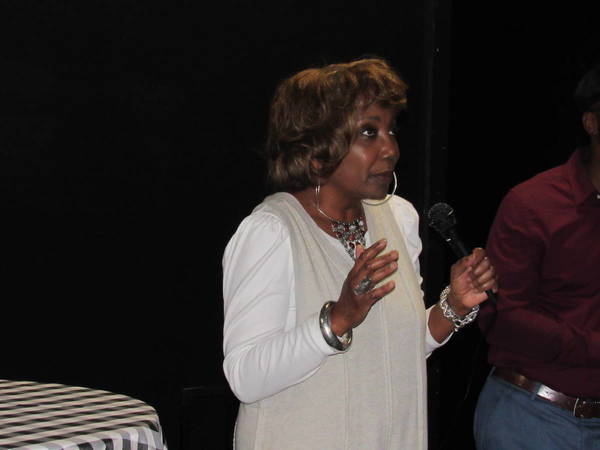 CAMDEN, NJ — Parkside Business & Community in Partnership (PBCIP) was awarded a $293,411 grant from the United States Department of Agriculture (USDA) at the end of August to help expand access to fresh produce from local community gardens.

“We’ve worked to figure out the urban agriculture piece, identify where we can have the biggest impact and how the community can be integral to reaching that. This funding will help us strategize toward measurable outcomes,” Phifer told TAPinto Camden.

Our newsletter delivers the local news that you can trust.

You have successfully signed up for the TAPinto Camden Newsletter.

The $293,411 in federal agriculture money was part of $4.1 million awarded nationwide.

Camden, with 77,000 residents, is considered a food desert with less access to fresh fruits and vegetables compared to other parts of the country. Not every neighborhood has a supermarket, with residents instead having to rely on bodegas and other smaller stores. Other residents and local organizations are working to change that as well.

The USDA grant money will help the Parkside organization create a “pipeline” of programs that will provide opportunities for residents not only to easily obtain fresh food but learn about ways they can better the community.

Organizers said it will be added to roughly $500,000 in cash and services PBCIP was previously awarded through a partnership with local hospital network, Virtual Health. Roots to Prevention (RTP), which grew out of the collaboration, is working to collect data around organic living in the city, create more urban farms, set up a voucher program and more.

“We hope to not only reclaim and restore vacant and underutilized spaces and land in the city, but collaborate with all of our partners around education, using demonstrations, apprenticeship programs with stipends and built-in incentives to create more synergy in our city around this cause,” said Phifer, who noted Lewis Bivona’s pivotal work in acquiring the grant.

The PBCIP executive director said she has worked to “environmentally transform” the city with other groups like Camden Lutheran Housing Inc., the Camden Children’s Garden and Philadelphia-based non-profit VietLead.

In addition to the Learning Garden on the 1200 block of Haddon Avenue, PBCIP also runs a garden at the historical society, raised beds at Cooper B. Hatch Middle School and gardens at several churches in the city.

10 of Our Top Budget-Friendly Plant-Based Meals From August 2020! – One Green Planet