Milwaukee has a problem with food insecurity. Urban agriculture can be part of the answer. – Milwaukee Journal Sentinel 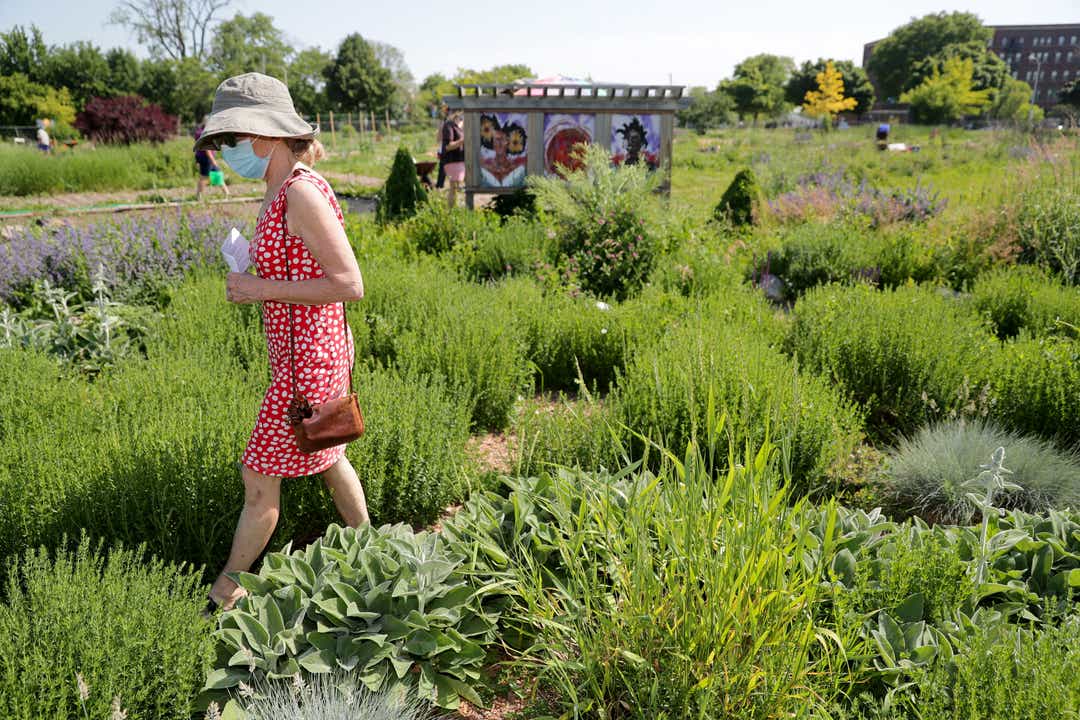 Urban farming is one way to help replenish food deserts in Milwaukee’s impoverished neighborhoods, and it’s not just about growing food.

“It’s not just about the fresh, healthy foods, but also the education behind it,” said Venice Williams, executive director of Alice’s Garden, an urban garden and farm that dates to 1972. “We do a lot of work to help people understand their relationship with food.”

According to the United States Department of Agriculture, a food desert is a low-income area where a supermarket or grocery store is at least a mile away. Based on 2015 data, the USDA estimated that nearly 9% of Milwaukee’s population lived in a food desert, including many areas of the city’s north side.

Studies back up Morales’ link between health and food.

A study of California residents examined how access to healthy food choices affected rates of obesity and diabetes. The study showed that residents in food deserts with fewer fresh produce choices and more fast food access were at higher risk of both obesity and diabetes. A 2012 study found that the city of Cleveland could meet its entire fresh produce demand through sustainable urban farming. In California, the Berkeley Food Institute, which is affiliated with the University of California, Berkeley, has an ongoing study aimed at identifying the best urban farming policies and practices to reduce food insecurity.

The growth of food insecurity and food deserts have their roots in long-term discrimination in Milwaukee and other cities.

Redlining, the practice of denying minorities mortgages, access to loans and equal housing opportunities, had a profound impact. The University of Richmond’s “Mapping Inequality” interactive map of redlining in the 1930s shows that Milwaukee’s north side was coded red, given a ‘D’ grade (the lowest from A to D) and was labeled as bad for investment.

Ninety years after Milwaukee’s neighborhoods were classified, the effects of the system and segregation are still apparent today. The history of divestment helped cause services to flee.

Lack of access to fresh, healthy foods in low-income communities means more people will suffer from diabetes, heart disease and other diet-related diseases. African Americans in Wisconsin have higher rates of hospitalization and death from heart disease compared to the total Wisconsin population, according to the Wisconsin Department of Health Services.

And that is why organizations such as Alice’s Garden have stepped in to fill gaps in the food supply.

Alice’s focuses on supplying Harambee neighborhood residents with fresh food and the opportunity to grow their own. It’s an urban farm but also has a community garden.

The lineage of many Black families stretches back to the South, where growing food and farming was a big part of their ancestors’ lives. But some families have lost the connection with farming and food.

Williams is optimistic that the right resources will help people adopt gardening and a deeper appreciation of healthy foods.

“It’s extremely important to have access to fresh and healthy foods,” said Co-executive Director Ann Brummitt. “We know there are communities who don’t have access and the resources due to certain circumstances. We’re here to bridge that connection of growing fresh food and people.”

The Blitz installs raised garden beds including building the structure and supplying soil and seeds to get the garden started. As of 2019, the initiative’s 11th year, the group had installed over 4,500 raised beds in Milwaukee and other cities.

It also has run a farm stand in the Harambee neighborhood that operates on a pay-what-you-can model to give everyone a chance to have fresh produce.

“It goes to food pantries, homeless shelters and soup kitchens,” she said. “And it will often go alongside the ‘Stockbox Program,’ which is a program for seniors.”

Supplying food pantries with fresh produce helps people living in poverty — often in food deserts — get access to the nutritious food they normally wouldn’t be able to find.

“We feel like we’re contributing to overall public health by making sure at-risk people living in food deserts have access to food that is healthy and that they can prepare easily,” Tussler said.

Patricia McKnight is an intern for the Milwaukee Journal Sentinel’s Ideas Lab. Her work is supported by a grant from the Solutions Journalism Network, a nonprofit organization that promotes reporting about responses to social problems. Email: PMcKnight@gannett.com