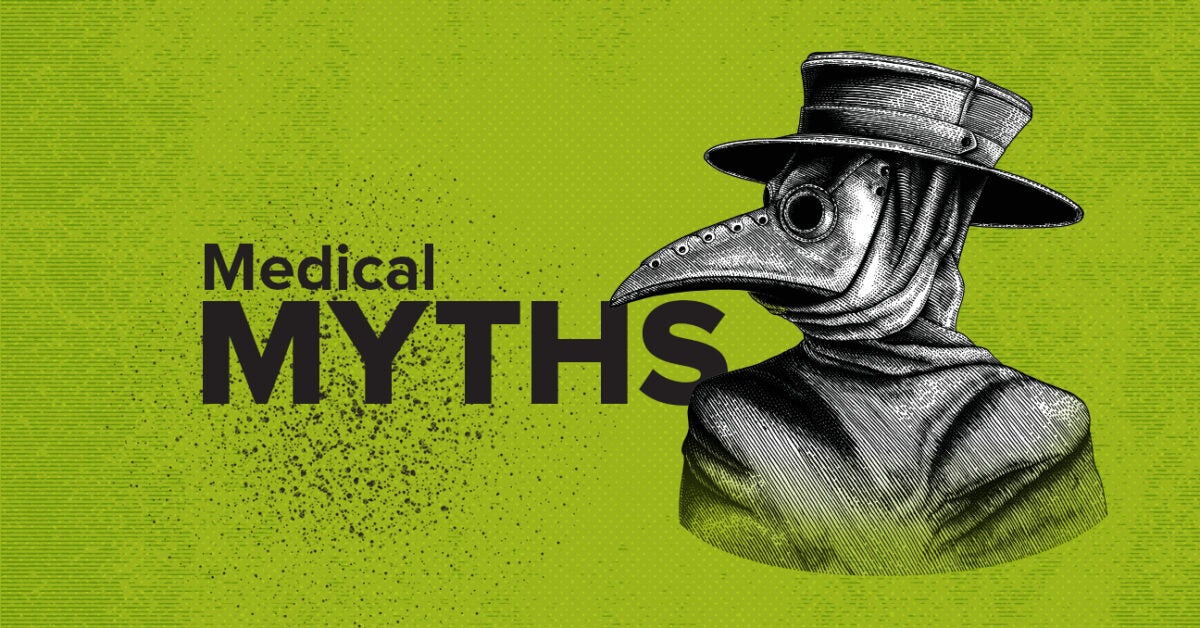 Vitamins and supplements are more popular today than they have ever been. But are they all that they are cracked up to be? In this edition of Medical Myths, we address a crop of supplement superstitions and mineral misunderstandings.

The supplement industry is huge. In 2016, the global nutritional supplement sector turned over an estimated $132.8 billion. By 2022, some experts predict that this figure will exceed $220 billion.

According to the National Health and Nutrition Examination Survey, in 2011–2012, 52% of adults in the United States reported using some kind of supplement. In addition, almost 1 in 3 people (31%) took multivitamins.

People, understandably, want to be healthy and free from disease. If popping a relatively inexpensive pill every day ups their chances of a healthy, long life, it is no surprise that supplements are popular.

When you couple the desire to live well with a bold marketing campaign replete with toned bodies and perfect smiles, supplements fly off the shelves.

Before we go on, it is important to note that supplements are important for some people. For instance, the Centers for Disease Control and Prevention (CDC) advise females of child-bearing age to take folic acid supplements.

Similarly, for people who live in colder climes, vitamin D is an important supplement, particularly during the darker months.

If your doctor has asked you to take a supplement of any type, it is important to use it as they advise.

In general, though, for adults without health conditions who eat a balanced diet, the vast majority of supplements are nonessential. As these products sit at the intersection of science and marketing, it is no surprise that there are some misconceptions about their benefits.

When it comes to vitamins, more is not always better. In fact, more can sometimes be dangerous. As vitamin and mineral supplements are available without a prescription, people can be forgiven for assuming that they are safe at any dosage.

Large dosages of some vitamins can hamper the body’s finely tuned systems, though. For instance, according to the American Cancer Society:

“[T]oo much vitamin C can interfere with the body’s ability to absorb copper, a metal that’s needed by the body. Too much phosphorous can inhibit the body’s absorption of calcium. The body cannot get rid of large doses of vitamins A, D, and K, and these can reach toxic levels when too much is taken.”

Additionally, too much vitamin C or calcium might cause diarrhea and stomach pain. Taking too much vitamin D over long periods can cause calcium to build up in the body, which is called hypercalcemia. Hypercalcemia can weaken bones and damage the heart and kidneys.

Sadly, the term “natural” is fairly meaningless in relation to the safety or effectiveness of a supplement. To provide an extreme example, cyanide is a natural compound that ferns produce. Of course, we are not suggesting that any supplements contain cyanide.

Some natural plant compounds do have medicinal properties, but there is more to it than that. For instance, dandelion roots are a laxative, whereas dandelion leaves are a diuretic.

There is also the question of dilution: How much of the plant compound remains in the final product? It might be a minimal trace, or the extract might be highly concentrated.

As mentioned above, because supplements do not need a prescription, and many of them claim to be “natural,” there is a widespread misconception that they cannot interact with prescribed medication.

In reality, many of these products contain active ingredients that might interfere with other drugs. Supplements might, therefore, boost or reduce the effects of pharmaceutical drugs.

The fact that the majority of people who take herbal or dietary supplements do not discuss this use with their doctors compounds the potential issues.

The idea that taking vitamin and mineral supplements will protect our hearts is reassuring. However, a large review and meta-analysis published in 2018 could find no significant benefit. Overall, the authors conclude:

“In general, the data on the popular supplements (multivitamins, vitamin D, calcium, and vitamin C) show no consistent benefit for the prevention of [cardiovascular disease, myocardial infarction, or stroke], nor was there a benefit for all-cause mortality to support their continued use.”

Although they did find that “folic acid alone and B vitamins with folic acid, B6, and B12 reduced stroke,” overall, these effects were small.

Although there is a grain of truth to this slice of “common knowledge,” the evidence that vitamin C can prevent a cold is weak.

For instance, a 2013 Cochrane review dove into existing evidence. The authors’ objective was to “find out whether vitamin C reduces the incidence, the duration, or severity of the common cold when used either as a continuous regular supplementation every day or as a therapy at the onset of cold symptoms.”

The scientists found that vitamin C supplementation did not prevent the common cold in the general population. However, they did conclude that it reduced the severity of symptoms and the duration of the cold.

They also concluded that it “may be useful for people exposed to brief periods of severe physical exercise,” such as marathon runners.

Scientists have carried out a large number of studies to investigate whether vitamin D might help reduce or treat cancer. Despite a great deal of research, as one paper explains, there is still no “consensus on whether vitamin D has a beneficial anticancer effect.”

In 2018, a randomized, placebo-controlled study that involved 25,871 participants investigated vitamin D supplements and cancer risk. The researchers found that “[s]upplementation with vitamin D did not result in a lower incidence of invasive cancer or cardiovascular events than placebo.”

In recent years, a dizzying array of products claiming to improve gut health and a myriad of other woes have appeared. In particular, we have all witnessed the rise of probiotics and prebiotics.

There is no doubt that gut bacteria are vital for good health. The science of the microbiome is still relatively young, but it is already implicated in conditions as disparate as hypertension, diabetes, and depression.

Although there are still large chasms in our understanding of the relationship between the microbiome and health, one fact that this young field has proven beyond doubt is that it is incredibly complex.

Scientists have demonstrated that probiotics might help with several health issues, including reducing diarrhea associated with taking some antibiotics and easing certain symptoms of irritable bowel syndrome (IBS). However, outside of a few specific conditions, there is little evidence that probiotics or prebiotics can benefit health.

Of course, this might change as scientists conduct more studies. Currently, though, it is marketing that drives the sale of probiotics and prebiotics, using vague terms such as “gut health” and “digestive health.”

According to the National Center for Complementary and Integrative Health (NCCIH):

“[I]n most instances, we still don’t know which probiotics are helpful and which are not. We also don’t know how much of the probiotic people would have to take or who would be most likely to benefit. Even for the conditions that have been studied the most, researchers are still working toward finding the answers to these questions.”

As the authorities do not consider probiotics to be medications, they regulate them less strongly, which introduces other concerns. As one author explains:

“Current regulation of probiotics is inadequate to protect consumers and doctors, especially when probiotics are aimed at the dietary management of serious conditions.”

Oxidation is a chemical reaction that occurs as part of many processes in the human body. Oxidation produces free radicals, which are highly chemically reactive and can damage cells and their components.

Antioxidants are compounds that prevent oxidation, and they include vitamin C, vitamin E, selenium, and carotenoids, such as beta carotene.

In general, fruits and vegetables are rich in antioxidants. As these foods are important for good health, it seems a safe assumption that antioxidants might be one of the reasons why they are so good for us. However, this is not necessarily the case, as the NCCIH explain:

The NCCIH also note that large studies have looked at whether antioxidant supplements can help prevent chronic diseases, including cancer, cardiovascular diseases, and cataracts, but that “[i]n most instances, antioxidants did not reduce the risks of developing these diseases.”

Above and beyond a healthful diet, it sounds plausible that taking antioxidant supplements might reduce oxidation further and, thereby, reduce the risk of disease and death. As with most things in medical science, though, the truth is a little more complex.

There is some evidence that taking antioxidant supplements might reduce lifespan. To investigate this question, Cochrane conducted a large review. They combined the results of 78 randomized clinical trials, which included a total of 296,707 participants.

When the researchers analyzed only the studies with the lowest risk of bias, participants who took antioxidant supplements were 1.04 times as likely to die as those who were either not taking supplements or taking a placebo.

Overall, the Cochrane team concludes that “[t]he current evidence does not support the use of antioxidant supplements in the general population or in patients with various diseases.”

Vitamins, minerals, and antioxidants are vital for good health. In general, though, eating a varied, healthful diet will provide people with adequate levels of these.

Aside from vitamin D and folic acid, as discussed in the introduction, for adults, the benefits of supplements appear to be minimal at best. Although the supplement industry is thriving, casting a skeptical eye over companies’ marketing materials certainly won’t do people any harm.

Anyone who is planning on taking supplements but already has an existing condition should speak with their doctor first.