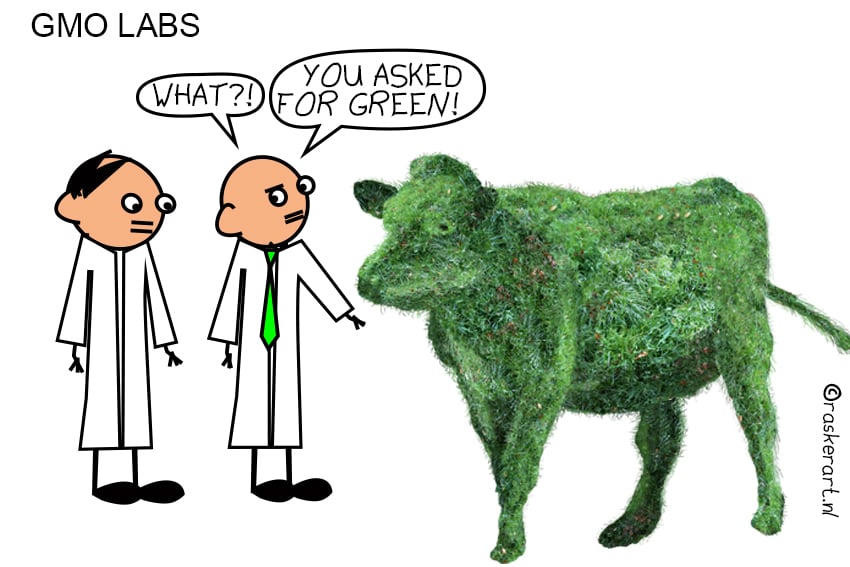 Vitamin B12 is only found in animal proteins, i.e. in meat and dairy. This is why vegans often take supplements in order to get the amount they need. A sustainable diet implies eating less animal protein, as the Netherlands Nutrition Centre (Stichting Voedingscentrum) also recommends. But how can we make sure that our sustainable food is both healthy and delicious?

According to Corné van Dooren, nutritionist and expert on sustainable eating at the Netherlands Nutrition Centre, this is the key question for the future. “A liter of cola has less environmental impact than a liter of milk. Of course, that doesn’t mean that you are better off drinking cola because it doesn’t provide any nutrients.” In Van Dooren’s opinion, you have to look at sustainable food in a variety of ways: “You can’t do without food, but you can do without flying. Get your food close to home and in season.”

Not just a case of what, but where and how as well

In 2018, Van Dooren earned his PhD on the topic of how sustainable (as in, environmental impact) and healthy (as in, nutritional quality) existing dietary patterns are. He devised the Sustainable Nutrient-Rich Food index, a mathematical model that offers nutritional advice. He divided products into four categories: red, white, brown, and green. Van Dooren: “The green category comprising vegetables, mushrooms, legumes, soy products, and fruit, for example, scores the highest on both aspects – sustainability and healthy nutritional value. The model also shows, in addition to the composition of a product, where it was grown and how its sustainability is assessed, Van Dooren explains.

The Wheel of Five is a guideline for healthy food in the Netherlands, but it does not yet include a sustainable index. The last update of the wheel was made in 2016. It stated: eat more vegetables (from 200 grams to 250 grams per day), less meat (maximum 500 grams per week), and eat more plant-based foods, such as a weekly portion of legumes and a handful of nuts every day. “Those 500 grams could be discussed from a sustainability perspective, because in that case, perhaps meat once or twice per week would then be the most optimal option.”

If you eat the maximum amount of 500 grams of protein per week, then the ratio of animal and vegetable protein is 50/50. If you eat almost no meat as part of the Wheel of Five, but you do eat dairy, egg, and fish, then you end up with a ratio of 40/60. On average, Dutch people now get 61% of their protein from animal sources and 39% from plant-based sources. According to the Dutch Council for the Environment and Infrastructure, RLi), this figure needs to be reversed by 2030. This means that the percentage of animal protein in our diet must then be reduced to 40% of our total protein consumption.

“In that whole protein transition, as we like to call the offer of alternatives to meat, there was Finnish research into vitamin B12 that can, of course, help people take that step more easily.” In any case, Van Dooren regards fermentation, which the Finnish researchers used, as an interesting and exciting innovative development: “We should take a closer look into areas around small organisms, such as bacteria, fungi, yeasts, and algae, and see what can be gained from that.”

Fermentation is by no means new. It is mainly known for ensuring that vegetables, fruit, fish, and dairy products have a longer shelf life. It is a natural process, also known as ‘controlled fermentation’, which can also provide new flavors and products that have plenty of nutritional value. For instance, microbiologist Professor. Dr. Eddy Smit at Wageningen University has cultured tempeh from fermented lupine beans. Apparently, there is as much vitamin B12 in that as there is in a piece of steak.

The greatest voyage of discovery to come lies in the combination of common nutrients with existing natural products, Van Dooren believes: “What we know is that legumes and bacteria work together in removing nitrogen from the air. As a consequence, you would no longer need artificial fertilizer. It would be extremely interesting if you were able to combine those kinds of interactions with other plants.”

That you can use that particular characteristic of legumes in other crops is also very exciting news for Van Dooren. “You end up with a technology that is very far-reaching, albeit not universally accepted. It will have to be done using genetic engineering, which is something that a proportion of consumers will not accept.”

Of course, the flavor is also important when it comes to gaining acceptance for meat and dairy substitutes, Van Dooren adds. Soy, for example, “is the closest thing to dairy in terms of nutritional value, but it tastes completely different. The German company Made With Luve makes dairy substitutes using lupine. This is a crop that can grow very well in northwestern Europe, which is also a major advantage. Soy is difficult to grow here.”

A new generation that spurs us on to forget about meat

Step by step, sustainable and healthy food is coming ever-closer. Van Dooren considers that true change will still take some time: “Now the main emphasis of current innovations is to ensure that meat substitutes are as similar in taste and texture to meat as possible. That they produce the same sensation as meat. The real innovation will be, of course, when a new generation comes along that spurs us on to forget about meat altogether. That is making products that are so special and which have a totally new flavor sensation that transcends the taste of meat.”