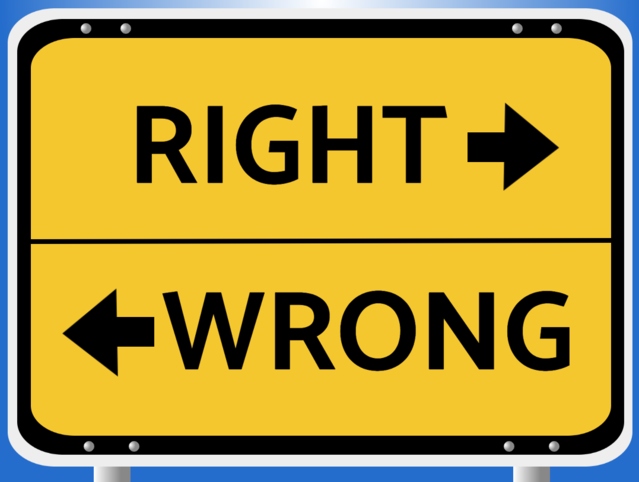 Athletes get penalized for using performance-enhancing drugs. But what about using nootropics while working towards exams- or when working in general? Is it ethical, and even healthy, to use them to improve cognitive skills?

Nootropics are compounds and supplements that improve cognitive abilities.  They get their name from Ancient Greek words: ‘νόος’ (pronounced ‘nóos’) and ‘τροπή’ (pronounced ‘tropḗ’),  and come in three forms. These are: stimulants, also known as ‘smart drugs’ (such as Ritalin and Adderall), synthetic compounds (like Noopept and racetams like piracetam), and natural compounds (such as caffeine, and herbal ginseng).

While many are thought to be safe for general use, like caffeine and ginseng; others, such as Ritalin (methylphenidate) and Adderall (a combination of amphetamine and dextroamphetamine) are prescription drugs used to treat sleep disorders and ADHD.

Due to limited research on most nootropics, little is known on exactly what they do in the brain. While some are known to improve skills like attention, memory, and general processing, their exact results vary from person to person, depending on genetics, neurochemistry, general cognitive performance, and more.

Despite this, nootropics are popular for enhancing brain function. Research has shown that anywhere between 8 and 35% of college students admit to taking ‘study drugs’ to enhance their academic performance. Meanwhile, a study from Drugfree.org showed that almost a third of parents think that stimulants Ritalin and Adderall boost their children’s’ academic performance, even if they don’t have ADHD.

But is it ethical for people to use nootropics to improve their cognitive skills?

Are We Cheating Biology by Using Nootropics? 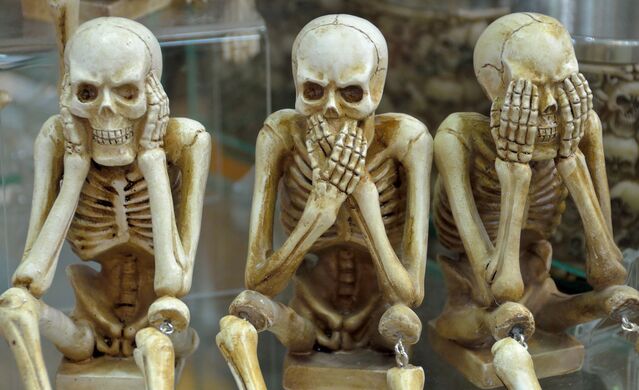 One of the leading arguments against widespread nootropic use is that they alter biology and give an unfair advantage to some over others. An example of this would be students using a drug that enhances their focus, attention, and memory from their baseline. These improvements could then lead them to perform better on tests than others who did not take the same drugs.

While this may happen, others say that using this example as evidence against the use of nootropics ignores underlying factors that already have a strong influence on cognitive performance. Although cognitive skills do play a role in academic performance, how they arise ie. by environmental and genetic factors, are also important to consider.

Studies conducted on animals show that iron deficiency while in the womb and early on in life disrupts myelination- the process of fat lining neural fibers to increase transmission between neurons. This then leads to iron deficiency anemia (IDA) in children, something that researchers speculate negatively affects cognitive processing. Thus, how much iron both mothers and infants have in their diets may influence cognitive processing.

But it doesn’t stop with iron. The researchers behind ‘Get Georgia Reading’ found that ‘language nutrition‘ may also play a large role in cognitive development. While babies from lower-income families tend to hear just 600 words per hour during their crucial developmental years, those from higher-income families tend to hear around 2,000 words per hour.

Until third grade in the US (8-9 years old), a lot of classroom activity is focused on learning to read. From fourth grade (9-10 years old), however, students use reading to learn. Children with lower reading abilities, typically those from lower socioeconomic backgrounds, thus tend to fall behind.

Regarding genetic factors, a study from 2003 found that among children from impoverished families, 60% of variance in IQ is likely accounted for by their shared environment. The study also noted that the genetic contribution may be close to zero. Meanwhile, the opposite was found for children from more affluent families.

Given that poverty-related adversity and stress early on life have been shown to hinder brain development and cognitive ability, it could be said that stress from poorer backgrounds may prevent people from reaching their intellectual potential, as encoded by their genes.

Thus, as the playing field for academic performance is already uneven, some argue that it is logically inconsistent to say that the use of nootropics is unfair. After all, many seem happy to look the other way when it comes to proven inequalities like one-to-one tutoring that are usually only afforded to the wealthier.

If anything, it may be more ethical to provide nootropics to lower-performing individuals to make up for their deficits. This comes especially as some studies have found that low performers may be the only ones to truly benefit from the drugs. One study, for example, found that although Adderall may improve cognitive abilities like word recall and abstract reasoning in low performers, it may impair those already performing highly.

Could Widespread Nootropic Use Cause Peer Pressure?

The potential for peer pressure is another ethical hurdle when looking at general nootropic use. The argument goes that should nootropics really improve cognitive skills; many may feel pressured to use them just to keep up.

Whether or not this really is a problem though remains to be seen. A good example to the contrary can be found when looking at the naturally-occurring nootropic, caffeine. Known to reduce fatigue and promote alertness, it is unlikely that the nootropic is necessary for academic success, and that people feel coerced into consuming it.

Others say, however, that indirect coercion may exist- especially with ‘smart drugs’. Students at colleges with more competitive criteria, for example, were found to use Ritalin at over two times the rate as those in less competitive colleges. It is worth noting though that this link is yet to be examined explicitly.

Regardless of this, a survey of 4,580 college students indicates that 65% use nootropics to concentrate better and 60% to study better. Curiously, 31% of students also reportedly use them to experience a ‘high’ with 10% using them to lose weight. 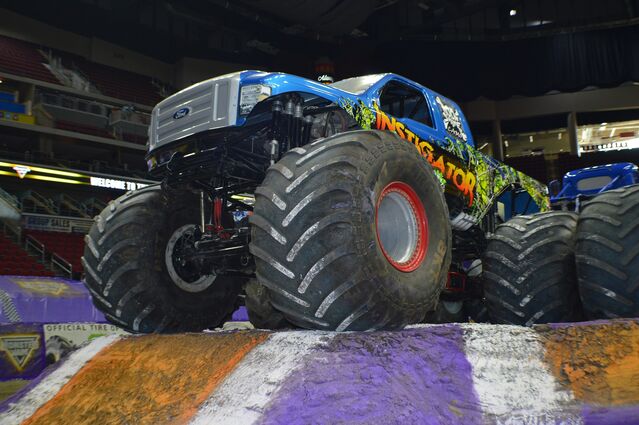 Another way to tackle this ethical dilemma is by considering different types of human activity. One is process-oriented. This is about how something happens ie. an athlete should run a race and win by being the fastest runner, rather than just being the ‘fastest’- something they could do by driving a monster truck across the finish line- or taking performance-enhancing drugs. Likewise, in the case of students, it could mean acing their exams thanks to their own efforts instead of paying a more studious look-alike to take their place- or taking cognitive-enhancing drugs.

Goal-oriented human activity, on the other hand, focuses more on the output than the process. A good example of this is the Beatles using now-scheduled drug LSD to write legendary songs like ‘Lucy in the Sky with Diamonds’ and ‘She Said, She Said’. In the case of a student taking an exam, it would mean commending them for fantastic grades, regardless of whether they actually learned anything, and hired a lookalike for the exam room.

But what happens in cases that have blurred lines ie. that are neither purely goal-oriented nor process-oriented? What happens if, for a student, the purpose of attending school is not necessarily to learn, but to pass exams- although learning is a part of passing?

This is when it gets a bit fuzzy, and where a libertarian extreme—or its polar opposite- may become relevant.

In this case, perhaps it makes sense to either make nootropics available -or banned- to all. Either way, equal access- or lack of- is guaranteed.

Both scenarios, though, have drawbacks.

What Happens if We Make All Nootropics Legal for Everybody? 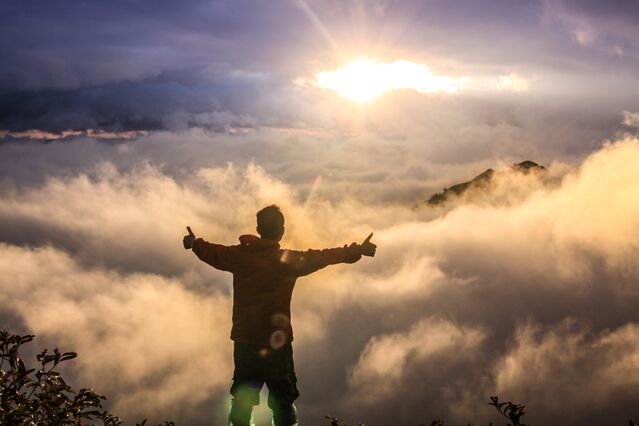 As for making all nootropics available for everybody- what about danger? In the world of sport, the World Anti-Doping Agency (WADA) uses one principle criterion for drug prohibition: whether it poses an actual or potential threat to the athlete’s health. A good example of this is the use of anabolic steroids. Although they may work wonders in the short term, chronic use can lead to hepatic disease and fatal cardiovascular problems.

The rule does mean though that safer drugs are let off the hook. Caffeine, for example, although known to increase performance in a range of sports from swimming to cycling and running, is permitted.

Unfortunately, though, restricting nootropics based on whether or not they are harmful is not that simple. This comes as most nootropics are extremely understudied, meaning we are not really sure which are harmless to who and in which circumstances.

Ritalin is a good example of this. Although it may enhance certain cognitive functions in adults, research suggests that the juvenile brain is hypersensitive to it. This means that a low, clinically-relevant dose of the drug may lead to excess dopamine and norepinephrine in the juvenile brain, and impair executive functioning and working memory.

Beyond this, it seems that nootropics tend to benefit different people in different ways. The effects of Modafinil, for example, are thought to be dependent on which SNP (Single Nucleotide Polymorphism) rs4680 gene you have. Linked to the production of an enzyme that metabolizes dopamine in the prefrontal cortex, while those with the GG variation tend to respond well to Modafinil, those with AG have a medium response. Meanwhile, people with the AA version experience practically nothing on the drug.

What if We Ban All Nootropics? 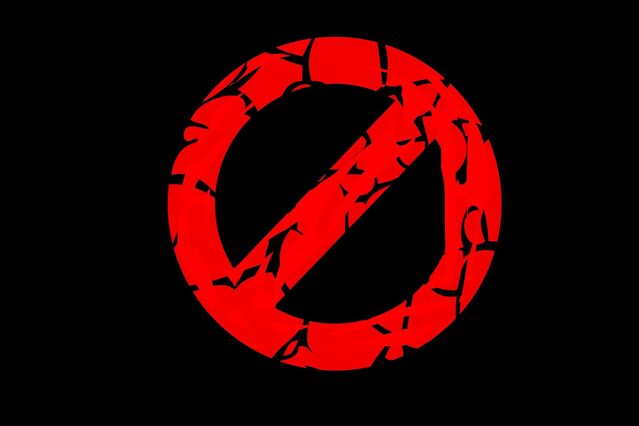 So what about banning all nootropics?

At Duke University, the use of prescription drugs without a prescription is banned. This includes nootropics like Adderall, Ritalin, and Modafinil. And it may make sense- after all, these drugs can cause negative side effects like nervousness, dizziness, and trouble sleeping. Because of this, even self-improvement guru, Tim Ferriss, recommends against them in favor of more natural alternatives.

Meanwhile, natural nootropics like caffeine, or other nootropics with proven cognitive-enhancing effects like cocoa powder, L-Theanine (found in tea), and turmeric, are still allowed in the university.

Although perhaps sensible on paper, enforcing this kind of rule may be hard. Even if students were tested before sitting an exam, who is to say that they wouldn’t have used these stimulants throughout the semester to study, or in any training process? Would it then be necessary to make students take drug tests several times per semester? If not classification, the practicality of enforcement is thus a big issue.

“It’s almost impossible to draw the line that defines what is and isn’t cheating…How would you enforce it? Is a student using neurofeedback cheating? Are nootropics cheating? Coffee? Or is it only cheating if they use prescription drugs?” says Nita Farahany, a bioethicist at Duke University.

With our increasing thirst for superhuman performance, it’s unlikely that nootropics will disappear anytime soon- even if they’re taken under the radar. While some see them as reckless, self-serving tools that defy biology, others see them as an opportunity to optimize our neural capacity and access new frontiers. Although much research is lacking, many are now studying the substances to ensure the latter. After all, if taken correctly, they may just deepen the human experience- both in sentience, and in what we’re able to bring into reality.