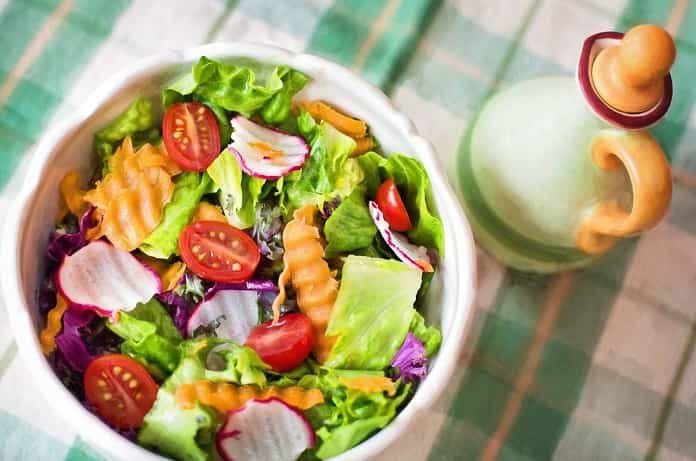 Researchers determine if a changing diet can lead to a reduced risk of mortality overall and if two particular diet plans reduce the risk of death from cardiovascular disease.

Studies assessing dietary improvements using scores from three diet plans (the Alternate Healthy Eating Index, the Alternate Mediterranean Diet scale, and the Dietary Approaches to Stop Hypertension) found associations with reduced risk of death from any cause, from cardiovascular disease, and from cancer. Given these findings, the 2015 Dietary Guidelines for Americans recommended individuals use the aforementioned diet plans to create practical and actionable diet plans for themselves. This is especially relevant because unhealthy diets have been identified as a contributing factor in health complications and death.

Sotos-Prieto and colleagues investigated the relationship between changing diet quality over time and risk of death and published their results in the New England Journal of Medicine.  Using data from two separate prospective studies, the Nurses’ Health Study and the Health Professionals Follow-up Study, they assessed dietary changes from the years 1986 to 1998, then analyzed mortality data over a 12-year follow-up period from 1998 (baseline) to 2010.  The Nurses’ Health Study enrolled registered nurses between 30 and 55 years of age and the Health Professionals Follow-up Study enrolled U.S health professionals between 40 and 75 years of age. The authors excluded participants who died before 1998, who had a history of cardiovascular disease or cancer at or before the baseline year of 1998, as well as anyone missing information on diet and lifestyle covariates or having a very high or low caloric intake. In total, 47,994 women and 25,745 men were included in the final analysis. The two studies collected data on participants diets and alcohol use using validated food frequency questionnaires which were administered at baseline and every four years thereafter. Participants were asked to report how often they had consumed each food item (of a standard portion size) in the previous year.

The authors calculated diet-quality scores for each of the three indexes being studied: the Alternate Healthy Eating Index, the Alternate Mediterranean Diet scale, and the Dietary Approaches to Stop Hypertension. The Alternate Healthy Eating Index assessed 11 food items, selected due to their association with risk of chronic illness. Each item was assigned a score from 0 (unhealthy) to 11 (healthiest), in which sums of scores ranged from 0 to 110 and a higher score indicated a healthier diet. The Alternate Mediterranean Diet index included 9 food items, scored as 0 or 1, depending on the participant’s intake relative to cohort-specific median levels (above or below these levels). Scores ranged from 0 to 9, with higher scores indicated a healthier diet. The DASH index included 8 food items, scored from 1 (unhealthy) to 5 (healthiest), according to the participant’s quintile of intake; scores ranged from 8 to 40 points with higher scores indicating a healthier diet. The researchers identified deaths using state vital statistics records and the National Death Index or family reports and the U.S postal system. The authors also assessed and updated information on participants’ lifestyle and risk factors for cardiovascular disease every other year.

They found consistent associations between improved diet quality, using the three diet indexes, over the first 12 years and a reduced risk of death in the following 12-year period of follow-up. Additionally, using the Alternate Healthy Eating Index and Alternate Mediterranean Diet lead to a reduction in risk of death from cardiovascular disease.

Conversely, having a worsening diet quality over the first 12 years was associated with an increase in mortality; the worse the diet quality, the higher the likelihood of mortality. The food groups which made the greatest contributions to improving diet quality were whole grains, vegetables, fruits, and fish or omega-3 fatty acids. These findings support the current recommendations of the 2015 Dietary Guidelines Advisory Committee that achieving healthy eating patterns does not require strict adherence to a single diet plan.

The use of self-reported dietary data is cited as a limitation, as this would introduce the potential for measurement errors. Additionally, while the authors adjusted for other potential influences on the outcomes, any residual and unmeasured influences could not be completely ruled out. They did not examine the association of each food item with mortality, given the assumption that high diet quality is a synergistic combination of multiple components. Lastly, the authors cite limited generalizability as another study limitation, because the study population was primarily white health professionals and only one-third of the initial population was included due to the study design.

These findings reinforce current knowledge on the relationship between dietary patterns and mortality. This study, however, suggests that individuals may reduce their mortality risk by creating individualized diet plans using the suggested guidelines from any other the three mentioned diet plans to move towards a healthier diet. Additionally, those at risk of cardiovascular disease may benefit most from adapting the Alternate Healthy Eating Index and Alternate Mediterranean Diet to their current diet.