In a land of plenty, a food bank and a health insurer team up to take on food insecurity 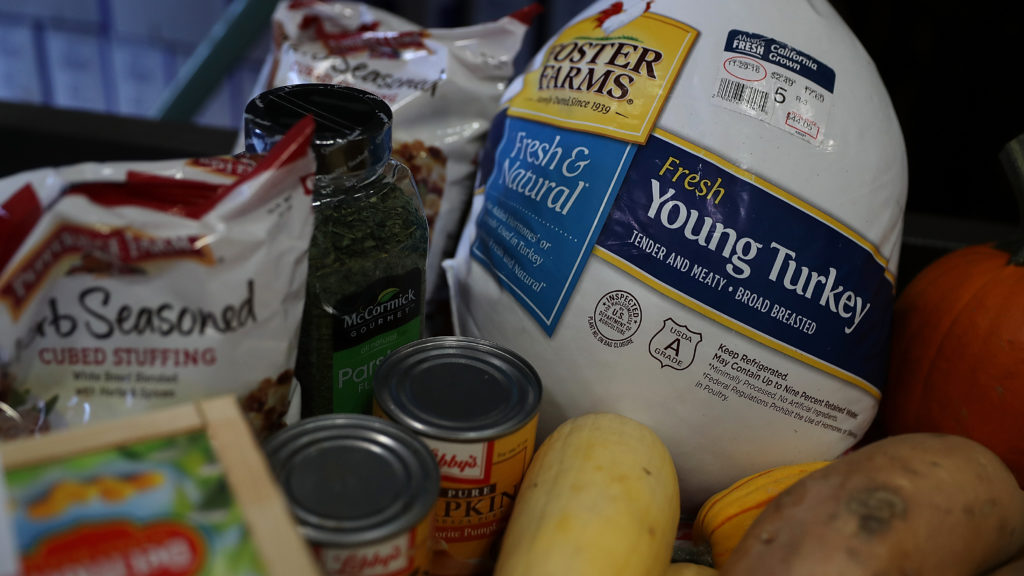 hanksgiving is a day of abundant food — except for the 42 million Americans who live each day not knowing where their next meal is coming from. They are the “food insecure.” Not only are they often hungry, but without access to fresh, healthy food, they are also at higher risk for developing a number of chronic conditions.

Peggy, a grandmother with diabetes who helps support her son and two grandsons, started coming to one of the food pantries run by Feeding South Florida, the organization I work for, a year ago. She told us then that she put her money toward making sure her family had food on the table and felt guilty when she spent money on food for herself, even though she knew that a healthier diet would improve her diabetes. But when she started getting fresh fruits and vegetables and grains from our food pantry, she realized that she had money left over to buy herself other types of healthy food. When her diet improved, so did her health.

Food insecurity means a lack of consistent access to enough food for an active, healthy life. Once viewed in isolation, it is part of a bigger picture. Food insecurity contributes to some of today’s most pressing chronic illnesses, including diabetes and hypertension. And it is related to obesity, which some see as a paradox. Individuals with limited access to healthy foods, such as fresh produce at a local grocery store, sometimes have access mainly to processed or fast food with lots of calories and little nutritional value.

Among all the preventive strategies we hope will improve health and reduce costs for food insecure populations, something as simple as providing proper nutrition could prove to be a game-changing intervention. In fact, I believe it’s less expensive to provide people with health food now than to provide them with medical care later for nutrition-related conditions.

To pin down the impact food insecurity has on health, Feeding South Florida has partnered with Humana, a major health insurance company, on a study to determine what providing nutritious food can do. It makes sense for a company like Humana to engage in this kind of research, especially if making sure that people have nutritious food today can help them avoid health issues — and increased health care costs — tomorrow.

We recently completed phase 1 of a year-long pilot study. In Broward County, four Continucare clinics screened 530 of their patients for food insecurity, using standards set by the U.S. Department of Agriculture. Nearly half of them fell into the food insecure category.

We asked these individuals to gauge their Healthy Days, a metric developed by the Centers for Disease Control and Prevention. It measures individuals’ self-perceptions of health by their answers to four simple questions about how many days each month they feel mentally and physically well. The Healthy Days measurement aligns well with other measures of overall health, like hospital stays, health care utilization, and cost of care.

Nearly 90 percent of the food-insecure individuals accepted a referral to meet with a Feeding South Florida representative to talk about long-term options. Almost all of them accepted an emergency food box, and 44 percent were referred to the federal Supplemental Nutrition Assistance Program.

Phase 2 of the pilot study will take into consideration overall health in addition to food insecurity, with the aim of improving clinical outcomes and Healthy Days. The next stage of this work is a randomized, controlled study. We are in the process of identifying approximately 1,000 food insecure individuals. They will receive a variety of randomized interventions, including access to Feeding South Florida’s Client Choice Pantry, access to our Mobile Food Pantry, access to a case manager to guide them to resources in the area and to federal benefits, or combinations of the three.

Assembling the control group is a bit tricky. We plan to include around 400 people who screened positive for food insecurity. They will receive a more limited selection of resources. But since we don’t want to deny anyone support, we will provide support for individuals in need and move them into the treatment group.

To assess the effect of expanded access to nutritious food on health and well-being, we will compare the number of Healthy Days before and after the intervention in both the treatment and control groups.

Our hypothesis is that giving healthful food to food insecure individuals will improve health and reduce health care costs in the long run. If that turns out to be true, it would help federal, state, and local governments, communities, health care organizations, and businesses recognize and consider the true impact of food insecurity on health in America — and do something about it.