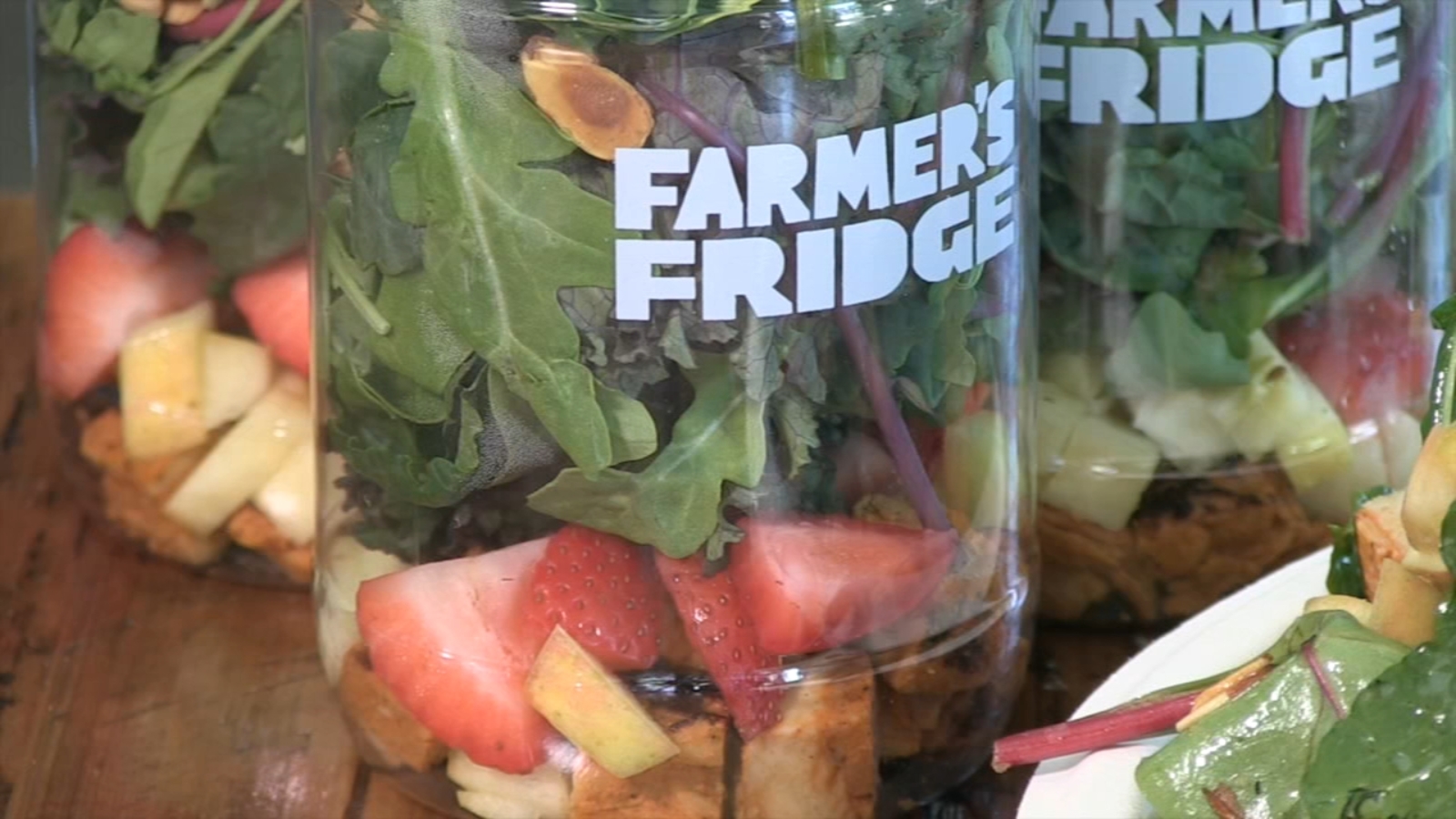 Like most food companies, they’ve had to pivot during the pandemic, shifting to catering and delivery. The local company is now working with some great chefs who have developed their own healthy recipes for delivery only.

Before March, the vending machine model was 100 percent of their business. Today, it’s about a third of that. So in an effort to draw interest from consumers looking for something inspired by a restaurant, they’ve asked a number of respected chefs to create new recipes for a limited time.

You may have seen their machines in an office building, an airport or a university. Farmer’s Fridge does what it says – uses fresh produce in its menu of salads, bowls and wraps – gets them into clear jars, then into refrigerated machines. But with many office buildings closed or mostly vacant, they had to shift to more delivery.

“About 80% of them went offline in two weeks,” said Luke Saunders, CEO of Farmer’s Fridge.

“We realized people were really missing restaurants in their lives, and chefs probably wanted to be creative and share their experience with people at home, so we created an opportunity for them to do that,” he said.

They’ve been reaching out to chefs like Brian Jupiter, who runs two restaurants – Ina Mae’s Tavern and Packaged Goods, with its New Orleans-inspired menu of po’boys, fried chicken and beignets in Wicker Park, as well as nearby Frontier, which focuses on whole animal cooking for larger groups.

“It seemed like a great opportunity to contribute as well as just get involved with a cool company,” said Jupiter.

Jupiter has come up with a salad based on one of the healthier options from his menu at Frontier.

“Some greens, some strawberries, some apple that’s been brined in lemon juice and honey; sherry vinaigrette; some blackened chicken that’s got some special Ina Mae blackening spice on it,” he said.

It’s the same spice he uses on his blackened shrimp po’boys. For Jupiter, it’s a chance to get his name out beyond Chicago.

Saunders says it’s been fun to see creative chefs come up with new ways of thinking about getting their food into people’s hands, even if the format for delivery is new.

“Like meat-centric and big groups, versus a more individually-served, vegetable-focused dish, and he was able to adapt that and give us something that I think will be really great for our customers,” he said.

Six states are now able to get delivery of the Farmer’s Fridge menu – and incidentally, that delivery business is now twice as big as what their vending machine business is. Brian’s salad is available for delivery starting this weekend.