Digestive Health Supplements: A Look at the Safest, Most Effective Ones – The Kit 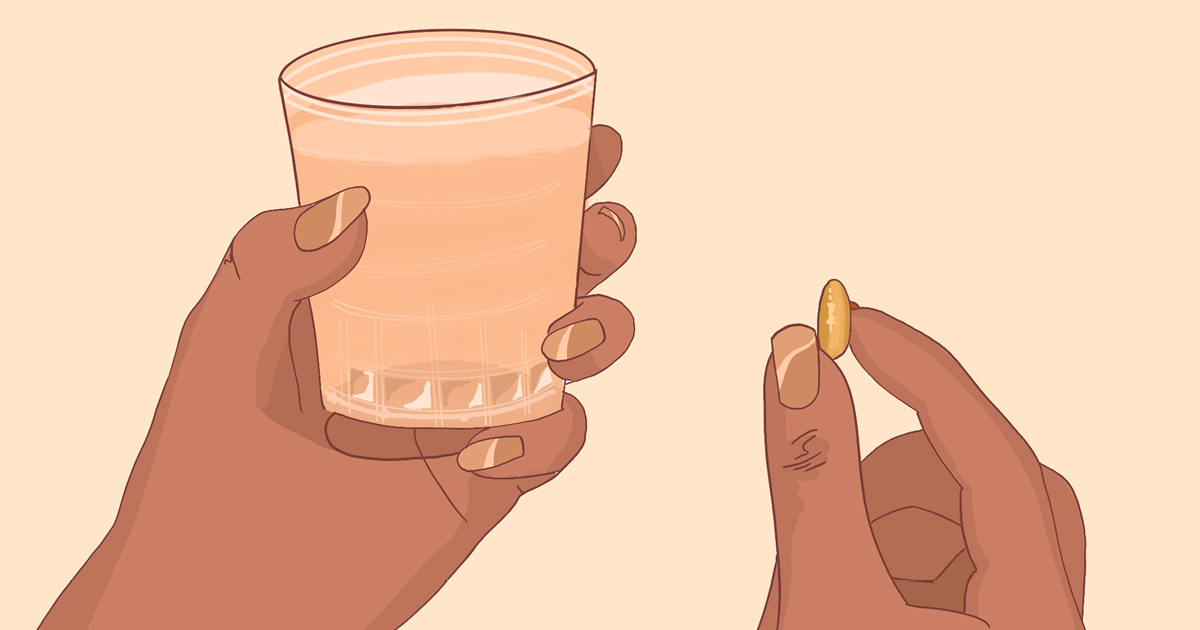 Digestion has never been more top of mind. We’re popping probiotics and sprinkling fibre in our smoothies. Gwyneth Paltrow’s extolling the virtues of at-home coffee enemas while influencers thank “debloating” teas for making their midriffs taut. And all of it is translating to big money.

By 2025, the global market for digestive health products is expected to reach a whopping $79.5 billion, a steep climb from the $41.8 billion racked up in 2017. Experts attribute this growth to rising demand for nutritional food additives, increasing gut health issues and growing awareness of the importance of digestive health.

But with so many options available, navigating the world of digestive aids can quickly become overwhelming—not to mention risky. “You can’t assume that anything sold in a health food store is regulated, safe or studied, so some due diligence as a consumer would be necessary,” cautions Dr. Talia Zenlea, a gastroenterologist at Women’s College Hospital.

We asked experts to break down the efficacy—and safety—of the most popular digestive health supplements, from probiotics and fibre supplements to enzymes and enemas.

Probiotics have been shown to be helpful for a number of conditions, “However, there’s no one size fits all,” says naturopathic doctor Courtney Holmberg. That means choosing the right one can be tricky. You want to make sure to select a formula that’s been found helpful for the particular symptoms you’re experiencing. “If you’re looking to improve digestive health, such as gas, bloating and irregular stools, look for a probiotic rich in Bifidobacterium, such as B. animalis and B. infantis,” says Holmberg. “To prevent traveller’s diarrhea or antibiotic-associated diarrhea, look for s. boulardii.”

With so much publicity around probiotics, it’s easy to assume everyone can benefit from taking one. Not so, says Zenlea. “Some people think, ‘Probiotics are so good, I’m going to take them for sure,’ but then it begs the question of ‘for what?’” she says. “If you don’t have a symptom, then your digestion is just fine and you don’t need to do anything to improve upon it.”

Some probiotic strains can actually worsen certain disorders. “If you suspect you might have SIBO (small intestinal bacterial overgrowth), avoid probiotics that contain Lactobacillus species,” says Holmberg. “These can add to the overgrowth and worsen your overall condition.” Furthermore, notes Holmberg, “some strains of probiotics can increase histamine release, worsening hives, allergies and other immune-mediated disorders.”

Colonics, also known as colonic irrigation or colon hydrotherapy, involve flushing the colon with fluids to empty it out. This is usually done by a colon hydrotherapist using professional equipment. A tube is inserted into the rectum and large amounts of water (up to 60 litres) are pumped into the body. This causes the colon to contract and force out waste. Not only are there no proven benefits linked to this practice, but it can also be extremely dangerous. “Colonics are absolutely not safe and are associated with rectal perforations and should never be done,” says Zenlea.

Enemas differ from colonics in that the liquid—usually water, although coffee enemas are a growing wellness trend and oil enemas have been used in Ayurveda for centuries—flows into the lower part of the colon rather than being pumped in. Sometimes, enemas involve holding in the liquid for a period of time, which can be uncomfortable.

Drugstores sell enemas and doctors sometimes prescribe them to treat constipation. “But I would stay away from the more do-it-yourself enemas like coffee or other products that people use—those always come with risk,” says Zenlea. (Reports of three deaths possibly related to coffee enemas have been published.) The risk comes down to both the liquid used and the applicator. “When you buy an enema in a drugstore, it has its own applicator and that’s safe,” explains Zenlea, “whereas if you try to MacGyver this at home on your own, that probably comes with risk.”

In the wellness world, enemas and colonics owe their popularity to their supposed ability to remove toxins from the body. Goop once lauded the benefits of a $180 at-home coffee enema kit in a “Beauty & Wellness Detox Guide.” But, says Zenlea, “If you have a functioning kidney and a functioning liver, then your body is not overrun with toxins. The job of the kidney and liver is to get rid of toxins. So the fact that you have poop in your colon doesn’t make it toxic.”

Plus, getting rid of everything also means getting rid of the good bacteria in your gut, which can play an important role in digestion. “I don’t advise treatments like these,” says Holmberg. “They’re potentially detrimental to the microbiome.” Zenlea agrees: “I probably wouldn’t mess with the very delicate homeostasis of one’s GI tract.”

The recommended daily intake of fibre is 25 grams for women and 38 grams for men. But according to Health Canada, most Canadians are only getting about half that much. Fibre, which is found in legumes, fruits, vegetables, nuts, seeds and whole grains, can help with bowel regularity while also lowering cholesterol and blood sugar levels. If you can’t meet the daily recommendations through diet, you might consider taking a supplement.

Remember, though, says Homberg, “Each person is unique. Generally speaking, fibre doesn’t have favourable outcomes in IBS studies. However, someone who has recently undergone gallbladder surgery and/or is experiencing diarrhea can benefit from soluble fibres.”

The gold fibre standard, says Zenlea, is psyllium. “It’s the tried, tested and true, but some people find that it causes bloating,” she says. “Since [soluble fibres] are fermentable, they can often be consumed by gut bacteria and increase gas formation and distension in the abdomen,” explains Holmberg. Other types of soluble fibres include wheat dextrin, inulin, hydrolyzed guar gum and acacia gum.

Insoluble fibre, on the other hand, remains pretty much intact as it travels through the digestive system. Therefore, it can increase stool bulk and may be a better option for constipation. Your doctor or naturopath can help point you toward the most appropriate option for your needs.

When incorporating a fibre supplement in your routine, Holmberg suggests starting slow and gradually working your way up to the recommended dose to minimize gas and bloating. Make sure to drink lots of water, too, and don’t exceed the recommended amount as that can affect the way your body absorbs nutrients. Lastly, since fibre supplements can sometimes interact with medications, take any oral medication two to four hours before or after your supplement.

Digestive enzymes break down molecules to make them easier to absorb, so when your body lacks sufficient enzymes it’s unable to digest certain foods. That’s the case for people who are lactose intolerant: Their body doesn’t produce lactase, the enzyme that breaks down lactose, so taking a lactase supplement like Lactaid can enable them to eat dairy.

Beano is another popular enzyme-based supplement. It contains alpha-galactosidase, which breaks down polysaccharides and oligosaccharides, complex sugars found in foods like legumes and cruciferous vegetables (broccoli, cauliflower, cabbage, Brussels sprouts, etc.) to make them somewhat more digestible and reduce gas.

“There’s nothing wrong with taking enzymes like Beano,” says Holmberg. “You’ll rarely experience complications from long-term use of them.” But, as Zenlea points out, “Most people in the general population are not deficient in digestive enzymes and for the most part, with a couple of very few exceptions like lactase, replacing them is not an evidence-based strategy.”

Moreover, “enzymes simply provide symptomatic relief and fail to get at the root of the issue,” says Holmberg. If an enzyme is making you feel better, you’re likely not missing a serious diagnosis like Crohn’s or Celiac, says Zenlea. But it might be worth investigating if something else is going on. “Is it simply that your body isn’t making the enzyme needed to digest that specific sugar such as in the case of lactose intolerance or are there bigger issues at play?” asks Holmberg. “Is your entire gastric system is sluggish, lacking production of all juices needed to properly break down food, including hydrochloric acid and bile? Do you have an overgrowth of bacteria fermenting the foods in your system prior to enzymatic breakdown? These are questions that can be answered through proper screening and testing.”

Calling all Flat Tummy Tea-promoting influencers: “There is no such thing as ‘debloating’ teas,” says Holmberg. “There are only teas that will lessen the effects and assist in passing the gas. They will not resolve your symptoms long-term.” Moreover, some “debloating teas” contain senna leaf, a laxative that can cause dependence (more on that later).

“I would generally be cautious about taking anything that has not been studied,” says Zenlea. “Anytime you take any supplement, if it hasn’t been studied for safety, you cannot conclude that it’s safe.” A good example is green tea. “About 10 or 15 years ago, we saw a surge in liver failure that was ultimately attributed to green tea supplements. Though it’s safe to drink green tea, excessive amounts of green tea supplements were toxic to the liver and people were assuming it was safe because it was natural.”

If you’re experiencing uncomfortable bloating, it’s important to understand why. “Bloating is a very non-specific symptom that can be anything from a food intolerance to cancer,” says Zenlea. “Now, that doesn’t mean that every single person with bloating needs to be ruled out for cancer, but it does mean that it warrants a conversation with your physician.”

“Stool-softeners are okay for occasional use, such as during travel, with changes in medication or if you simply need temporary relief,” says Holmberg. But if you find yourself needing them regularly, she advises exploring why you’re not experiencing regular bowel movements. “It may be as simple as a poor fibre-to-water ratio or it may be more complicated.”

“It’s always good to talk about it with your family doctor so that they can make sure there’s no other worrisome signs or symptoms,” agrees Zenlea. “But generally speaking, once your family doctor has offered reassurance and you can manage your symptoms with safe laxatives, that’s totally appropriate.”

When looking for a safe laxative, the main factor to consider is whether or not a product causes dependence. Stimulant laxatives, such as senna, trigger the intestines to contract and push out stool. When used long-term, the substances can lead to dependence as well as other concerning side effects like “melanosis coli (blackening of the colon), electrolyte imbalance, low potassium and kidney problems,” says Holmberg.

“Generally speaking, PEG (polyethylene glycol) is considered a very safe laxative that does not cause dependence,” says Zenlea. It works by drawing water into the bowel to soften stools. Both experts also cite magnesium citrate, another stool-softener, as a safe and gentle option.

“If symptoms are few and far between, over-the-counter solutions can be a great option for temporary relief and rarely does occasional constipation or bloating need medical intervention,” says Holmberg. However, if your concerns are occurring more than once a week, she recommends seeking care from a general practitioner, naturopathic doctor or gastroenterologist. “The gut is the hub of your health,” she says. “Don’t mess around with it.”

Weight Loss: 5 Things You Need To Do Every Day, If You Want To Shed Extra Kilos – NDTV

Weight loss: Eating more of one food can help burn fat – how much should you have? – Express