Covid-19: Can 'boosting' your immune system protect you? – BBC News 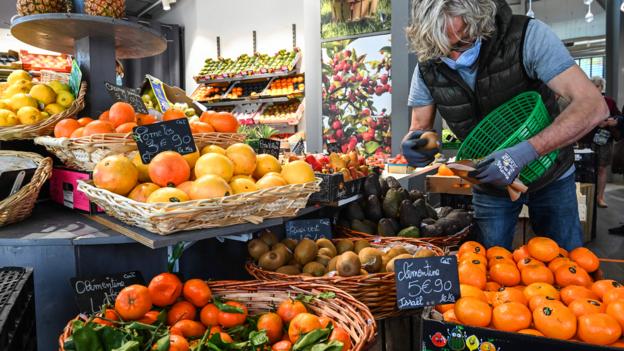 “Spanish Influenza – what it is and how it should be treated,” read the reassuringly factual headline to an advert for Vick’s VapoRub back in 1918. The text beneath included nuggets of wisdom such as “stay quiet” and “take a laxative”. Oh, and to apply their ointment liberally, of course.

The 1918 flu pandemic was the most lethal in recorded history, infecting up to 500 million people (a quarter of the world’s population at the time) and killing tens of millions worldwide.

But with crisis comes opportunity, and the – sometimes literal – snake oil salesmen were out in force. Vick’s VapoRub had stiff competition from a panoply of crackpot remedies, including Miller’s Antiseptic Snake Oil, Dr Bell’s Pine Tar Honey, Schenck’s Mandrake Pills, Dr Jones’s Liniment, Hill’s Cascara Quinine Bromide, and A. Wulfing & Co’s famous mint lozenges. Their adverts made regular appearances in the newspapers, where they starred alongside increasingly alarming headlines.

Fast-forward to 2020, and not much has changed. Though the Covid-19 pandemic is separated from the Spanish flu by over a century of scientific discoveries, there are still plenty of questionable medicinal concoctions and folk remedies floating around. This time, the theme is “boosting” the immune system.

According to one source, cayenne pepper and green tea can provide better protection against Covid-19 than face masks – a bold and highly dubious claim, considering that some face masks reduce your risk of contracting respiratory viruses by a factor of five. (Read more about what evidence exists for the idea that spices can affect your health, and how hot drinks will not protect you from Covid-19).

There’s no such thing as boosted immunity

Unfortunately, the idea that pills, trendy superfoods or wellness habits can provide a shortcut to a healthy immune system is a myth. In fact, the concept of “boosting” your immune system doesn’t hold any scientific meaning whatsoever.

“There are three different components to immunity,” says Akiko Iwasaki, an immunologist at Yale University. “There’s things like skin, the airways and the mucus membranes that are there to begin with, and they provide a barrier to infection. But once the virus gets past these defences, then you have to induce the ‘innate’ immune response.” This consists of chemicals and cells which can rapidly raise the alert and begin fighting off any intruder.

Healthy Eating Tips for Everyone Cooped Up at Home – ConsumerReports.org