Best supplements to fight a cold: Take THESE six nutrients so you NEVER have a sick day 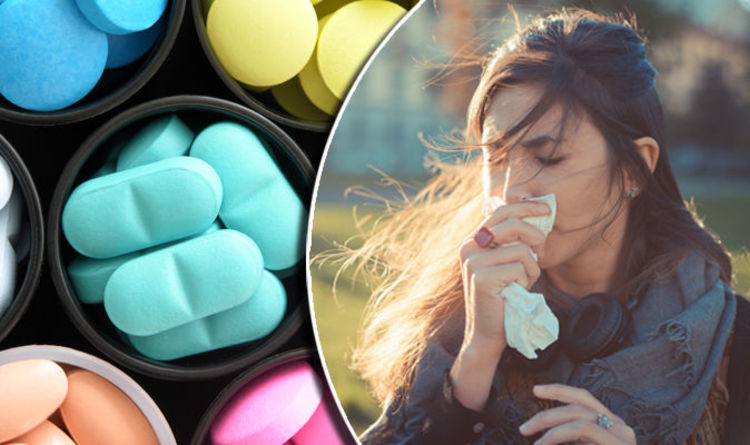 Colds are a common winter illness, and are the main reason for absences from work.

While being struck down with a bug is often down to bad luck, ensuring you are fully topped up on particular nutrients can help protect you.

According to research by the Health and Food Supplements Information Service (HSIS) people in the UK are cottoning on to the immune system-boosting benefits of vitamins and minerals.

They found that 47 per cent of people in the UK take a multivitamin or multimineral supplement, with immunity as the key reason.

Additionally, 23 per cent were more likely to take a supplement when they felt run down, while 17 per cent did so when they could feel a cold coming.

“Topping up your diet with a daily multivitamin and multimineral provides an easy and effective way to plug dietary gaps and support health in the colder months.”

These are the six vitamins and minerals Ruxton recommends people ensure they get enough of this winter.

It is essential to the function of immune cells and to the structure and function of the cells of the outer layer of our skin and the linings of all of the body’s hollow structures, for example the nose, throat, stomach and gut, which form a barrier as our first line of defence.

As central heating can dry skin, making it more vulnerable, vitamin A can also help fight this from the inside out.

This antioxidant that helps protect cells from free radicals; many immune cells actually use free radicals to attack pathogens and the antioxidant function of vitamin C helps to protect the cells themselves from oxidation.

It is also used in the production of immune system cells called leukocytes, which are white blood cells.

Deficiency in this key vitamin raises risk of auto-immune diseases and infections.

You can find it in foods such as oily fish, eggs yolks, fortified margarine and red meat.

It is particularly important to get enough through dietary sources during the colder months when there is less sunlight.

It is crucial for the functioning of the immune system because of its function in the synthesis of proteins which are used in the construction of immune cells.

It helps to protect the body’s cells from damage, whilst maintaining its defence system by stimulating the production of T cells in the immune system.