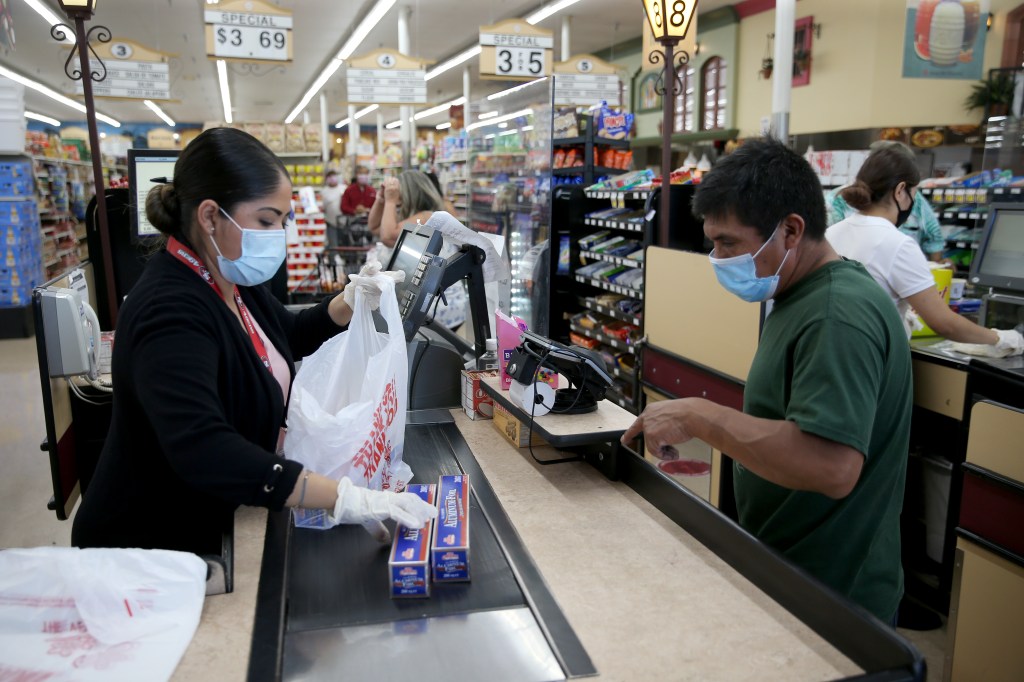 BERKELEY — Berkeley may be the first city in the nation to pass a policy that will eliminate junk food and unhealthy items at grocery store checkout lines.

Grocery stores larger than 2,500 square feet will no longer be allowed to sell unhealthy food and beverages at the checkout line, and instead will be encouraged to offer more nutritious food and drink. Gone will be chips, candy bars, sodas and other sweetened beverages; only food items with no more than 5 grams of added sugars or 250 milligrams of sodium per serving would be allowed.

Council member Kate Harrison, who co-authored the ordinance, said the new regulations do not prohibit junk food entirely — retailers will still be allowed to sell the items in other parts of the store — “just not at the eye-level of a child” in the checkout lane.

The City Council passed the ordinance unanimously at its meeting Tuesday night. It will need a second reading at the council’s Oct. 13 meeting to finalize the ordinance.

A total of 25 retailers throughout the city would have to adhere to the ordinance, including stores such as Safeway, Whole Foods, Trader Joe’s, CVS, and the Berkeley Bowl. Of the 15 or so people who spoke about the proposal at Tuesday’s meeting, none objected to the ordinance.

Those in favor of the ordinance say the checkout lane often not only targets children with sugary, unhealthy offerings — but adults as well. Simone Dasilva, a nutritionist with Berkeley Youth Alternatives, weighed in during the city’s public comment portion of the meeting and said these unhealthy food choices could lead to diabetes and obesity. About 75% of Americans are overweight, and diet is the No. 1 cause of chronic disease, she said.

“Parents don’t stand a chance from soda singing and candy calling to them in the checkout,” said Holly Scheider, who is on the city’s sugar-sweetened beverage commission and helped bring the ordinance forward.

The ordinance aims to redefine what “treating” means, she said — perhaps changing habits from sugary snacks to fruits, nuts or healthier snack bars.

Companies pay for the “prime real estate” placement of these foods, she said. She pointed out big companies such as Coca-Cola not only sell Coke, but also Minute-Maid orange juice — so they can still sell healthier options, without losing revenue.

Council member Susan Wengraf spoke about the “poison” at the checkout lines, when people are at their most vulnerable: bored as they wait to check out.

“The insidiousness of the industries that put this poison at the check stands where they know they have an active audience. … I can’t stand the idea that they’ve figured this out and have been doing this to us,” Wengraf said.

The new ordinance won’t go into effect until March 1, and enforcement won’t begin until Jan. 1, 2022.

The Center for Science in the Public Interest, which helped push the campaign forward, declared victory after Tuesday’s passing of the new policy.

“This is a massive win for consumers and public health during the COVID-19 pandemic, when grocery stores are more integral to our well-being than ever before,” said the center’s senior policy associate Ashley Hickson in a statement. “By offering healthier options at checkout, stores will contribute to advancing public health and level the playing field for consumers during an already stressful time. Berkeley’s historic action will build momentum for future efforts to improve the food retail environment at the state and local level.”

A city report and people who spoke at Tuesday’s meeting also said that the ordinance is not just about health,  but also equity. African-American residents are four times more likely than White residents to be diagnosed with diabetes and be hospitalized because of its effects, according to the report. Providing more nutritious options will benefit people of all backgrounds, but especially low-income and minorities who may be most affected by nutrition-related health issues, it said.

Berkeley was also the first city in the nation to pass a soda tax in 2014.

Get Morning Report and other email newsletters