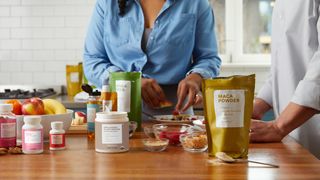 The Science of Nootropics

The more evidence-based we become in our experience engineering, the more efficiently we can obtain real benefits while avoiding quackery and dangerous substances.

In the 165 human placebo-controlled studies on 77 nootropics with 7152 experimental group participants we’ve reviewed for the Nootralize app, there were no serious adverse effects observed to be significantly more frequent than in the placebo groups of the studies.

Minor adverse effects that were observed to be significantly more frequent than in the placebo groups of the reviewed studies were:

Three out of 165 studies noted significantly more frequent side effects than in the placebo groups of the studies.

The definition of a nootropic entails that the compound has to be safe. Sometimes (e.g. Citicoline, N-Acetyl-Cysteine, Pine Bark Extract, and Uridine Monophosphate) nootropics are even neuroprotective (promote brain health through for example neurogenesis or neuroplasticity).

Yes, there’s a lot we don’t know about any specific nootropic.

No, there’s no guarantee that the first nootropic you try will supercharge your brain and help you achieve your goals instantly.

But with patience and mindful use, there’s tremendous potential to nootropic use.

It is important that you’re aware of risks and how to avoid them when you use nootropics.

We have quite a lot of knowledge (science) regarding the safety of nootropics for people in general, but in most cases not for any specific individual using any specific nootropic. Does this mean that no individual should experiment with nootropics?

Living your life afraid of any infinitesimal risk is not going to get you towards your goals.

As Joe Cohen said when interviewed for the Nootralize podcast:

”There was no certainty with anything that I did, but I made good decisions, calculated decisions and I got great results from it […] So, life is all about making smart choices, smart risks, and that’s what I did and I got a lot of help and the people who I see doing that generally have very good results right.” [4]

The large individual variance in responses from a nootropic with the same dose requires mindful self-experimentation.

Let’s say you want to improve your focus. You search for “focus” in the Nootralize app to find a nootropic that works for you.

You get recommended Ginkgo Biloba, which appears to be the best nootropic for your goal “focus” based on the available science—eight human placebo-controlled studies. The side effects that were more frequent in the 723 participants who received Ginkgo than in the placebo groups of the eight studies, were:

Do you usually require eight human placebo-controlled trials demonstrating safety to make a decision? Probably not. For instance, you may use alcohol, which is neurotoxic (causes brain damage). [5]

Many nootropics have high-quality science in humans backing their safety.

How to Avoid Edge-Case Individual Side Effects

Anytime you plan to use a new compound, do two things first:

Research the potential side effects of the nootropic and find out how to solve/mitigate them.

If the side effect can be neutralized by another nootropic, such as L-theanine eliminating the jitteriness of caffeine, then you can stack the two for a side-effect-free experience.

Don’t accept side effects from nootropics; there are safe interventions that can help you with your goals.

To achieve peak cognitive performance and well-being, make sure to upgrade your sleep, exercise, nutrition, and mindfulness.

If the side effect is of a temporary and safe but uncomfortable nature, mindfulness can be helpful.

If you use several nootropics or prescription medications, speak with your doctor and use the WebMD interaction checker.

All studies in the Nootralize app are done on humans, are placebo-controlled, and referenced in the app. If you want to read them, click the title of a specific study on any specific nootropic page.

In case of any adverse effects, you’ll have done most of the mitigation by not using too much of the nootropic in question.

Build up your dose until one of the following occurs:

2. You have side effects.

3. You use more than researchers ever concluded is safe in humans.

Nootropics are safe if you have the right mindset to nootropics use (awareness of risks and how to avoid them).

There is always a risk that you will have edge-case side effects. To avoid these, start with small dosages and do your research beforehand. Practice mindfulness while using nootropics to mitigate any temporary and safe but uncomfortable side effects.