Are Nootropics Really Better Than Caffeine for a Brain Boost? – Interesting Engineering 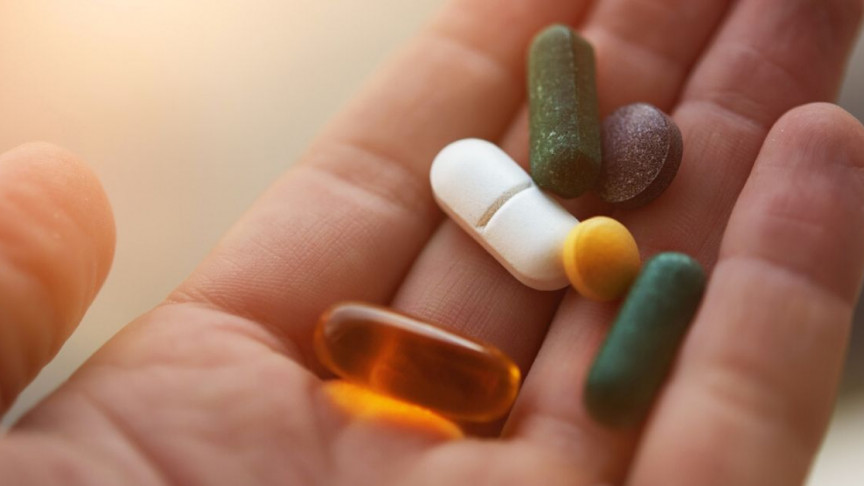 Have you ever wanted to take a drug that would make you smarter and more focused? Would you just like to have some mental clarity on-demand? Drugs often called nootropics aim to provide a simple solution to these desires.

The term “nootropics” was coined by Romanian scientist Corneliu E. Giurgea in 1972 to describe a drug he created which he hoped would enhance memory and learning. Today it is used as an umbrella term for everything from prescription drugs, to dietary supplements and common stimulants like caffeine — anything a person might use in an effort to enhance cognitive function. And it is a poorly-regulated and multi-billion dollar industry.

Nootropics promise to lift brain fog, give you energy, enhance cognition and memory, and balance mood. These may sound like a scam, but there’s a growing movement behind them, claiming that they’re far better for you than caffeine and energy drinks, although most have a very similar set of ingredients to coffee and energy drinks.

All that said, there is some science behind a few of the drugs touted as nootropics.

Let’s take a look at what we know about nootropics and whether they can really be beneficial to your health.

Is there anything in nootropics that works?

Like most supplements, nootropics are generally a combination of different substances that all have varying claims behind their effectiveness. Sometimes these claims are backed by research and sometimes just by advertising.

The scientific consensus on whether nootropics work is unclear. The research behind these drugs is inconsistent, and the results vary widely.

Jason Stevenson, a registered dietitian/nutritionist and board-certified sports dietitian with the University of Miami Health System had this to say about nootropics in general.

“There’s not enough data on any ingredient other than Ginkgo biloba, which has been around for a long time and is probably the most researched supplement in regards to cognitive decline. Even ginkgo’s efficacy is controversial. Plus, you have to use it with caution because there can be contraindications. Those susceptible to strokes and brain bleeds, and those on blood thinners are advised to avoid ginkgo and some other natural supplements.”

Unsurprisingly, most of the data on the effectiveness of nootropics comes from the companies actively trying to market and sell them. Very little independent research has been conducted on most of the ingredients used in nootropic supplements.

All of that said, let’s take a look at some ingredients in nootropics and examine whether there’s science to back them up.

Caffeine, Omega-3 fatty acids, Ashwagandha, Rhodiola, Bacopa Monnieri, Ginkgo Biloba – many nootropic supplements include one or more of these ingredients.

Caffeine is found, unsurprisingly, in most nootropics. It is one ingredient that has been demonstrated to increase focus and memory, at least in the short term.

Omega-3 fatty acids are another common nootropic ingredient that you may have heard of. They are important for ensuring good brain function and are commonly found in fish oils. The most common fatty acids are EPA and DHA, and several studies have found a possible link between them and increased memory, as well as a decreased likelihood of depression. However, there is currently no evidence that taking them in pill form, as opposed to part of a balanced diet, is advantageous.

There’s a decent amount of research to back up the importance of omega fatty acid, but only in people who are not already healthy. There hasn’t been anything conclusive found that these fatty acids benefit people who are already in good health, or their ability to “enhance” brain function.

From this point onward, we move more into the territory of mere speculation.

Ashwagandha is an herb used in ancient Indian healing traditions to protect from stress and enhance focus. There is some scientific evidence that it may help with this, and that it might also be helpful for people with Parkinson’s and other degenerative diseases, although more study is needed to reach a consensus.

Rhodiola is a flowering plant that some studies have found to decrease fatigue and increase mental capacity, although most of these studies were not rigorous enough to draw definitive conclusions. It’s commonly used in holistic medicine to treat ADHD and anxiety. Bacopa Monnieri is another herb which is claimed to enhance brain function and alleviate stress.

RELATED: THE ART AND SCIENCE BEHIND BIOHACKING

All of these herbs are thought to be relatively safe, however, there is not yet any scientific evidence that they do what is claimed by the makers of nootropics. This also means that companies can keep saying they work and making a profit by selling them.

Ginkgo Biloba is another major nootropic herb commonly found in these supplements. It is probably the most researched of the nootropic herbs and has long been used to improve memory and mental processing in older adults. There is actually some scientific evidence for its efficacy in helping improve memory in older adults with memory impairment, but there is as yet no evidence that it can prevent memory loss or boost memory in healthy adults.

Most nootropics claims come directly from the people or companies who are trying to market them. As with anyone trying to sell you something,  you should be skeptical of what they’re saying.

While there is the potential that some nootropics do work, they pose a possible risk to your health and a certain risk to your pocketbook. The placebo effect is very real too, which is why more rigorous studies using the double-blind methodology are needed to determine their efficacy.

Doctors mostly agree that taking most nootropic supplements will not cause major physical harm. That said, it’s still recommended that you talk to your doctor before starting any new supplement, just to make sure that it’s safe by itself or combined with any other drugs you may be taking. Some nootropics contain ingredients shown to have harmful side effects, including miscarriage and psychosis.

RELATED: 5 OF THE MOST INTERESTING MOVIES ABOUT TRANSHUMANISM

At the end of the day, however, nootropics, as with many other dietary supplements, lack much actual evidence backing up their claims, and are sold at hugely marked-up prices.

Most doctors recommend that the best way to stay healthy and improve cognitive function is to have a healthy lifestyle, eat a balanced diet, drink only moderate amounts of alcohol, and get plenty of sleep. If you want something more and have extra cash in your pockets, some nootropics could be worth a try, even though the chances are they’re not doing anything.