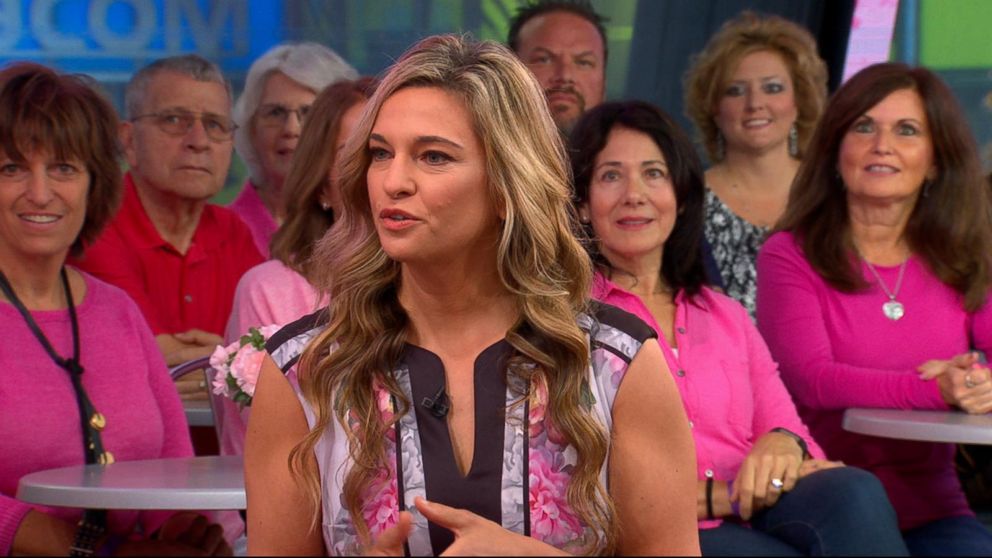 In honor of Breast Cancer Awareness month, a renowned surgical breast care specialist — and the doctor of Angelina Jolie — discussed what to know about the recent advancements made in the battle to fight the disease that affects approximately one in eight women.

Dr. Kristi Funk, the founder of the Pink Lotus Breast Center, who made headlines in 2013 when she treated Jolie, also shared some of her top diet and lifestyle tips to help prevent breast cancer live on “Good Morning America” today.

Cancer is often hidden by dense breast tissue, so 3-D mammography helps doctors obtain a much clearer image of what’s actually going on, according to Funk. While 3-D mammography is not currently considered the standard, she adds that perhaps it will become that way in the future.

“It’s widely available in breast centers everywhere,” Funk said of the 3-D mammography. “I love this technology, especially for dense-breasted women where those cancers get camouflaged.

One common misconception about breast cancer is that it is hereditary. However, if you ask breast cancer patients if any of their relatives had breast cancer, 85 percent will say no, according to Funk. It is also estimated that only 5 to 10 percent of women with breast cancer have inherited gene mutations.

Funk said one of the reasons why this misconception may run rampant is because many people may not want to admit that they’re in more control of their situation than they may think.

“It begins with the diet,” Funk said. “Diet, nutrition, exercise … so many things we can control.”

1. Eat cruciferous vegetables every day
This includes cauliflower, broccoli, kale, cabbage and Brussels sprouts — which are all great for breast health — according to Funk.

“These things are free-radical scavengers so, believe it or not, berries make cancer cells commit suicide,” she added. “I blend a cup a day into a shake.”

3. Eat more turmeric
Turmeric, which is activated by black pepper, is a breast health “superfood,” according to Funk. She recommends adding it to a smoothie.

4. Eat more Indian Gooseberry
Indian gooseberry, often sold as “AMLA powder,” has the highest concentration of antioxidants on earth, according to Funk.

7. Stick to regular bar soaps
Using old-fashioned bar soap instead of antibacterial soap can lessen the risk of toxins you are exposed to.

8. Buy organic when eating the skin of produce
Funk recommends eating organic as often as you can but said it is most important when you’re eating a fruit or vegetable where you’re actually eating its skin, which may have absorbed toxins.

9. Dust and vacuum your home regularly
Dusting and vacuuming is a great way to lessen the number of toxins in the air, according to Funk.

How Honey Can Boost Your Health