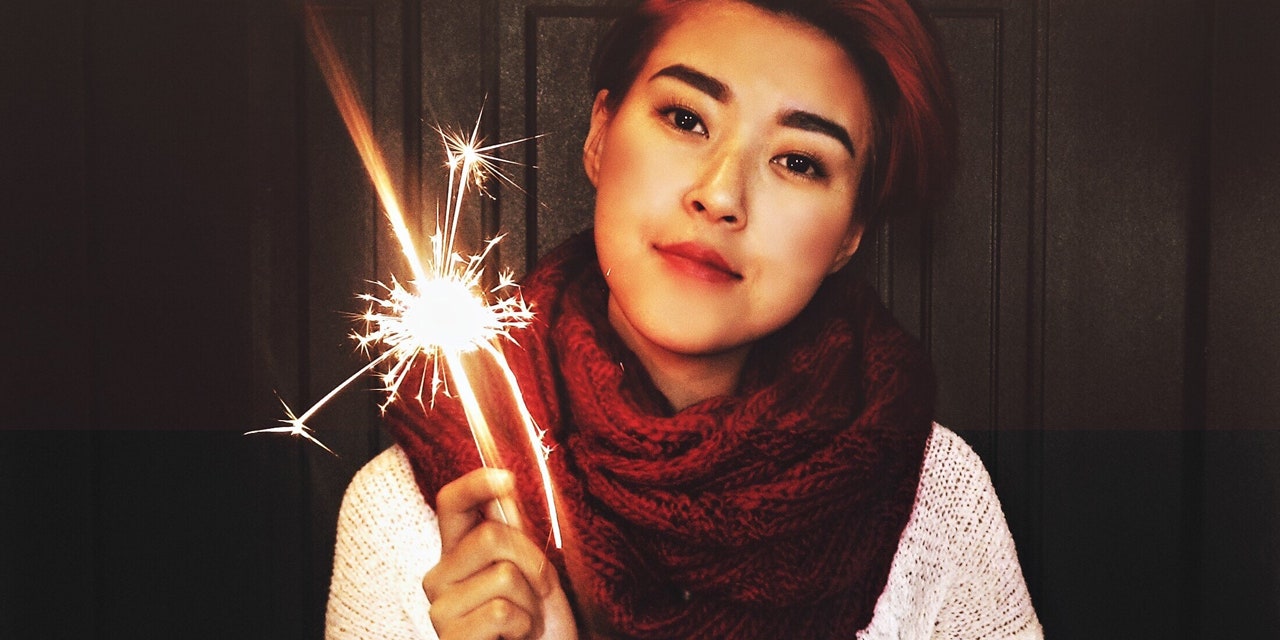 If the holidays have you stressed out, you might think bears have the right idea. Hibernating through the winter seems smart in the face of all the pressure to find the perfect gifts, attend every holiday party, and avoid telling your relatives what you really think of their Facebook posts.

Unfortunately, closing your eyes one second and waking up in springtime the next isn’t an option. What you can do, though, is keep these expert-backed mental health tips on hand to help you get through the holidays without hating life.

1. Keep a running tally of how often you say you “should” do certain traditions, then consider not doing them.

“People often feel internal pressure about things they ‘should’ do for holidays,” Ryan Howes, Ph.D., a clinical psychologist in Pasadena, Calif., tells SELF. He notes that this is especially true when it comes to holiday traditions, which “can hold us captive.” Pay attention to how often the S-word escapes from your mouth, then follow Howes’ advice: “If you catch yourself saying ‘should’ a whole lot, step back and say, ‘What do I want?’”

Obviously, there are some traditions that might seem non-negotiable, like visiting your family. But if any holiday customs have started to feel like joyless obligations, there’s no shame in dropping them or trying to tweak them so they’re more enjoyable, Howes says. Maybe that means having a staycation instead of going home, or bringing a close friend to visit your family with you.

2. Pick three must-have holiday experiences rather than trying to do it all.

Setting unrealistic expectations for how much you’ll be able to squeeze in is one of the biggest holiday stressors, clinical psychologist Vaile Wright, Ph.D., director of research and special projects at the American Psychological Association, tells SELF.

Forget trying to make 25 different types of magic happen. Instead, make a list of three holiday experiences you absolutely need to have, Wright says. Maybe it’s making sure to light the menorah with your family every night, pulling off a secret Santa exchange with your friends, and volunteering at a soup kitchen. Wright recommends prioritizing whatever your top three experiences are, then considering anything else you do a bonus.

3. Make a Ban Holiday Stress 2017 playlist, then keep it ready to go on your phone.

If the the endless traveling, catching up, and holiday party small talk are draining your resources, give yourself permission to tap out when you need to. One great tool to help with this: a zone-out playlist made up of songs that can either energize you or calm you down—depending on what you need.

Just getting some peace with your thoughts (and some great songs) may be enough to recharge you to dive back into the fray. “More often than not, other people aren’t going to notice what you’re doing,” Wright says. “It’s OK to take a break.”

4. Create a “spirit of flexibility” around holiday get-togethers.

This is Howes’ answer to that all-too-common feeling of suddenly dreading a party you were looking forward to a month ago. Instead of responding to every invitation with an iron-clad acceptance, be enthusiastic about your hope to go. “Buffer a little by saying, ‘I’m going to try to make it,’ or ‘I’d love to try to come,’” Howes says.

5. Identify a time when everything went wrong but you still had the most fun.

Holidays can be especially anxiety-inducing because there’s an expectation to live up to incredible old memories and create amazing new ones. “We set a high bar for ourselves, but forced good times rarely work,” Howes says.

Before you host a holiday party, introduce your partner to your family, or do something else that’s freaking you out, remember a time from your past when everything seemed like it was falling apart but you still had a hilarious, amazing time. There’s your reminder that everything doesn’t have to be perfect in order to be good.

6. Keep a deep breathing exercise on hand for when Aunt Carol asks why you’re still single.

Stress can make you breathe faster, Wright says, while deep breathing can help you calm down instead of permanently marring Aunt Carol’s opinion of you with a rant on why being single is totally valid. (Right on, though.)

The Mayo Clinic suggests inhaling deeply through your nose for long enough to fill your abdomen while focusing on making your stomach move with your breathing instead of your chest, then exhaling through your nose as well. You can also experiment with how long to breathe in and out based on what feels most calming, Wright says.

“You might technically have a vacation from work, but trying to plan parties and buy gifts and make all these big meals can actually create a more stressful environment,” Howes says. Make appointments in your calendar that are really just meetings between you and your bed, you and every episode of Mindhunter, or you and whatever else it is you need to relax. Then stick to them the way you would stick to appointments with other people!

8. Recognize that a holiday meal is just that: one meal.

“It’s about balance and not beating yourself up,” Wright says. One day isn’t going to torpedo your eating habits, no matter how many scoops of mashed potatoes you have.

9. Delete your autosaved credit card information from your phone and computer.

Money worries are especially prevalent during the holidays, Wright says. If you always shop too much out of holiday anxiety, then get stressed out about how much you’re spending, make it harder to use your money in the first place: Delete your cards’ autosaved information from your devices. After that, the few extra minutes it’ll take to fish out your card can help you figure out if you really need those uterus-shaped cookie cutters. You might, though, because that sounds amazing.

10. Get in touch with any family members you disagree with before you see them.

Right before the holidays, when everyone typically just wants to get along, can be the best time to squash any arguments. “You can reach out to that person and say, ‘I want to make sure we’re OK before we see each other,’” Howes says. It’s scary, but also worth it so you’re not tempted to lunge at your sister over the turkey.

This can also work if there’s a situation that isn’t easily solved, like if you and a family member disagree about politics. You can explain that you want both of you to enjoy the holiday, so you think it would be good to avoid talking about the news, then suggest other things you can discuss, like their recent trip abroad. “Give them options for safe topics,” Howes says.

11. If you’re really worried about how you’re going to handle the holidays, make a therapy appointment for as soon as you can.

Sometimes this time of year dredges up a lot of painful memories and emotions that go beyond usual holiday stress and veer into anxiety and depression. “It’s tough when you have something buried away and get ambushed by it during the holidays,” Howes says.

If you already have a therapist, they’ve probably given you some useful tools to deal with these feelings. But if you don’t, seeing someone can be tremendously helpful. Of course, it can be tough to get a last-minute appointment with a therapist before the holidays, but even reaching out to make your first appointment or asking friends for referrals can feel like you’re doing something to eventually feel better, which may offer you some relief.

Struggling to shift the baby weight? 19 tips from Binky Felstead's personal trainer and the essential core exercises that …